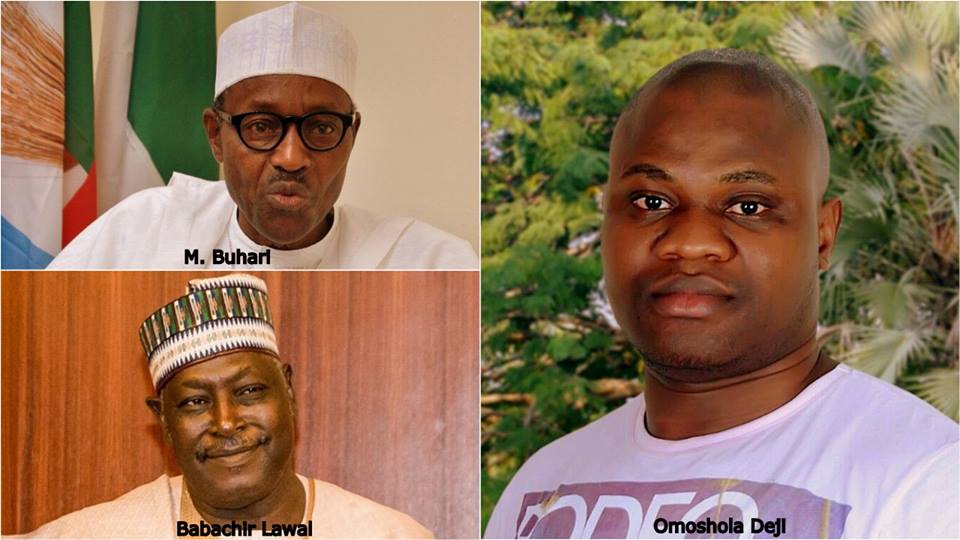 President Muhammadu Buhari (PMB) strategically campaigned and got elected at a time when the masses were craving for a Moses to deliver Nigeria from the shackles of corruption. After taking over the helm of affairs, rain of commendations trailed PMB’s determination to fight corruption to a dead-end. However, when the anti-corruption war began to appear selective and vindictive, PMB’s commendation gradually turned condemnation and kudos transformed into knocks.

Many accused PMB of shielding his nearest from prosecution, while alleged corrupt persons, opposing figures and imaginary enemies are being subjected to investigation, media trial, incarceration and prosecution. Public perception of PMB’s sincerity to fight corruption diminished when he failed the litmus test on the invasive-plant-species corruption scandal of Babachir Lawal, the then Secretary to the Government of the Federation (SGF).

Indeed a tough row to hoe, Babachir – one of PMB’s nearest and trusted appointee – was accused of corruption by the Shehu Sani led Senate ad-hoc committee on Mounting Humanitarian Crisis in the North East. The Senate indicted Babachir for awarding N233million invasive-plant-species clearing contract to a firm he has strong stakes in. With mind-boggling evidences, Babachir was accused him of receiving over N200 million from the contracted firm into the account of Rholavision Nigeria Limited – a firm he co-founded and remains a signatory to its account. Rather than respond to the corruption allegations, Babachir threw caution to the wind, acted arrogantly and declared that the senate is talking balderdash.

For failing to immediately handover Babachir to the Economic and Financial Crimes Commission (EFCC), Nigerians got infuriated and accused PMB of being a man of double standard. Without mincing words, Senator Shehu Sani proclaimed that PMB fights the corrupt deed of Nigerians with insecticide, while he fights corruption in his cabinet with deodorant.

Worsening the situation, the Attorney General of the Federation (AGF), Abubakar Malami led investigative panel misled PMB to clear Babachir of all wrongs. The presidency argued that Babachir was not granted a fair hearing. You would recall that the Senate invited Babachir twice. Upon receiving the first invite, Babachir wrote the Senate that he is unavailable to appear before her committee and when re-invited, he rushed to court to challenge the Senate’s right of summoning. Like greased lightning, Nigerians condemned Babachir’s antics and PMB’s nepotism.

Clock ticks, days count, the enraged populace went cold and Babachir was labeled untouchable. Suddenly, as Nigerians were busy rationalizing the cancellation of the weekly Federal Executive Council meeting, PMB’s mouthpiece, Femi Adeshina, roared Babachir’s suspension. Filled with joy, Nigerians celebrate what many regard as one of the best decision PMB ever made. Within an eye twinkle, PMB’s melting admiration began to bubble.

Kudos to PMB for pulling down one of the Jericho’s in his government; it is better late than never. Babachir saw himself as – and was widely regarded as – untouchable. His display of arrogance and how he (an appointee) tongue lashed the Senate (an independent arm of government) made Nigerians think he is vomiting PMB’s mind or he simply holds the president’s remote control. Babachir’s betrayal of public trust shrank PMB’s reputation beyond a bargain.

Before suspending Babachir, PMB’s acquittal of his alleged corrupt appointees make Nigerians doubt the sincerity of his inaugural declaration that he “belong to everybody and belong to nobody”. To avoid future doubts and for the war against corruption to succeed, PMB must look within and further demolish all strongholds of corruption, impunity and insubordination.

Kudos to the Senate! Despite being vilified by Nigerians, the tainted Senate exposed a high-profile corruption in the cabal of ‘saints’. Prof. Sagay and most Nigerians often get it wrong on the Senate. That Bukola Saraki and some high-profile Senators are allegedly corrupt doesn’t mean we should ridicule the institution called Senate; the main pillar of democracy and a crucial arm of government. The legislative arm is what principally makes democracy a government of, by and for the people. Irrespective of how angelic or demonic the Senators are, they presently determine all that concerns lawmaking and oversight, at least till 2019.

Manifestly, further attempts to undermine the Senate would always meet stiff resistance and deepen the seeming strained relationship with the president. Lest I forget, the hypocritical nature of the majority of individuals crucifying the Senators is irritating. Come 2019, you will see these same individuals selling their votes to the highest bidder.

Despite health and judicial challenges, kudos to PMB for staying determined to eradicate corruption. It’s not easy! To fight corruption among the political elites is to move against the powerful and influential; only a man with strong courage and spotless antecedent can dare such. Kudos to PMB for recovering fleeced funds and making life unbearable for the looters of public treasury; Nigerians are indeed happy with his anticorruption strides.

Be that as it may, knocks to the presidency for losing high profile corruption cases. Triggering public affection through media trials does not guarantee convictions in court. Your case must hold water, charges well structured, argument well canvassed and defense rugged. The serial loss of court cases signals Magu and Malami’s incompetence to investigate and prosecute corruption. Why investigate poorly, institute charges with flaws and utter weak arguments? Nigerians seem not to be considering the financial implication of losing high-profile corruption cases. Every prosecution is done with public funds and if the losing trend continues, Nigeria would lose money than it hopes to recover. Sadly, the corrupt practices would continue and the government agencies would be mocked as a toothless bulldog. Let’s forecast a situation.

If Justice Ngwuta’s trial proceeds to the Supreme Court and he is acquitted, all the funds EFCC recovered from his residence would be returned to him. What you may not have considered is that to prosecute Justice Ngwuta, Nigeria must spend millions on hiring lawyers, while being a senior judge, a number of prominent and competent lawyers would volunteer to defend Justice Ngwuta for free. Who loosed and who gained? Another serious implication of incautious prosecution is that even if Babachir is tried, he would most likely profit from the prosecution incompetence of government and smile home a free man.

Knocks to the presidency for being lethargic to act against PMB’s nearest when necessary; that is not the change we voted for. By the way, who is the presidency? This rhetorical question Babachir asked when being quizzed by journalist shows he is egotistic, arrogant and unremorseful. In actual fact, no one knows the meaning of the presidency other than a just humiliated SGF.

One can only hope that the VP Osinbajo led committee is not a devious strategy to acquit Babachir. In case you come across the VP, please notify him that the displaced persons in the Northeast have placed him on an integrity test and the Nigerians masses have written him an open letter. The letter reads thus:

Broda Yemi, we hear say Baba-chair rush come your office when oga give am red card. He even boast in front camera say him dey parole with you wella. Make una no just try any wuru-wuru ooo.

On top dis matter ehn, we no trust that Malami guy again. If you no shine your eye do better work and yan us the real tori, we go reject you like Ebola.

*Omoshola Deji is a political and public affairs analyst. He wrote in via moshdeji@yahoo.com

Buhari commiserates with the family of Onuora Nzekwu