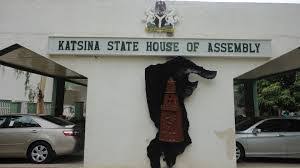 The Speaker of the State House of Assembly, Alhaji Tasiu Musa Maigari charged the newly confirmed commissioners to draw on their wealth of experiences and the trust reposed in them by the Governor to contribute to the rapid development of the state.

The Nation reports that the confirmation process which saw the 17 candidates divided into three groups of 6 each for Monday and Tuesday screening with the remaining 5 screened and confirmed yesterday, thus bringing the total to 17

Amongst those confirmed include former Speaker of the Assembly Alhaji Umar Gwojogwojo who is also the Chairman of the National Association of Nigerian farmers Katsina zone. He is tipped to the portfolio of Commissioner for Agriculture

Others include Dr. Rabe Nasir former Special Adviser on Science and Technology, Engineer Yakubu Nuhu Danja, a former house of representatives aspirant and a staunch member of the All progressive congress, APC in the state.

Several of the first term commissioners were re-appointed including Engineer Tasiu Dandagoro of Ministry of Works and Housing, Hamza Suleiman Faskari of Environment, Mustapha Kanti Bello of Ministry of Lands and Survey and others

Some citizens that gathered at the State House of Assembly to witness the exercise, however, expressed shock at the re-appointment of Hamza Suleiman Faskari pointing to his poor handling of the 2018 Jibia flood disaster and the fact that he is not easily accessible in his office by the populace

It is not, however, clear when the state will organize its Local Government Elections, which had remained elusive since the inception of Governor Aminu Bello Masari’s administration.

231 Students Graduate With First Class In...