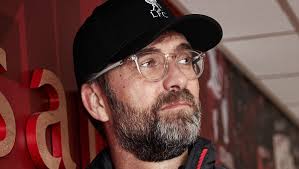 Champions Liverpool ended their 68 match unbeaten home record in the Premier League as their title defense continued to fade after they suffered a shocking 1-0 defeat in the hands of lowly Burnley on Thursday.

An 83rd minute penalty from Ashley Barnes, after he was brought down by goalkeeper Alisson Becker, decided the contest.

Liverpool have not won for five games in the league and trail leaders Manchester United by six points, in fourth place.

It could be recalled that Burnley’s last won a game at Anfield in September, 1974.

After missing a couple of chances and enjoying 73 per cent possession, Liverpool struggled to create real openings to edge the Sean Dyche’s side with Ben Mee and James Tarkowski outstanding in their centre of defence.

Now Burnley, who made a poor start to the season, has moved up to 16th place on 19 points.

WITH A STERLING PERFORMANCE AT THE 2021 LAGOS STATE GOVERNMENT’S NEW YEAR THANKSGIVING SERVICE, PHATIAH KICKSTARTS 2021 ON A BRIGHT NOTE