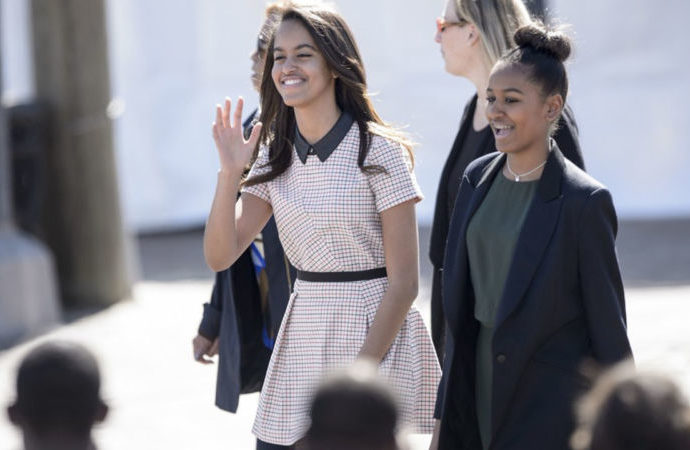 A week before their dad leaves the White House, Malia and Sasha Obama received praise and advice from the daughters of former president George W. Bush as they exit the public spotlight.

“Eight years ago on a cold November day, we greeted you on the steps of the White House. We saw both the light and wariness in your eyes as you gazed at your new home,” 35-year-old twins Jenna and Barbara Bush said in a co-written article posted late Thursday on Time Magazine’s website.

“In eight years, you have done so much. Seen so much,” the Bush daughters wrote.

“We have watched you grow from girls to impressive young women with grace and ease… Now you are about to join another rarified club, one of former First Children.”

Malia Obama, 18, is taking a gap year after graduating high school, before she enrols next year at Harvard College.

Younger sister Sasha, 15, has another couple of years of high school ahead, which is the reason the first family have given for remaining in Washington after Obama hands over to President-elect Donald Trump.

The Bush twins offered words of encouragement and advice as the Obama girls prepare to leave White House.

“Enjoy college. As most of the world knows, we did,” the Bush twins wrote, in a joking reference to news accounts of the minor scandals that erupted over their alcohol use while in college.

“Explore your passions. Learn who you are. Make mistakes — you are allowed to. Continue to surround yourself with loyal friends who know you, adore you and will fiercely protect you,” they wrote.

“Those who judge you don’t love you, and their voices shouldn’t hold weight. Rather, it’s your own hearts that matter.”

Jenna and Barbara Bush grew up in Texas and graduated high school in 2000, the year their father was elected president.

The Republican served two terms before being succeeded by Obama.