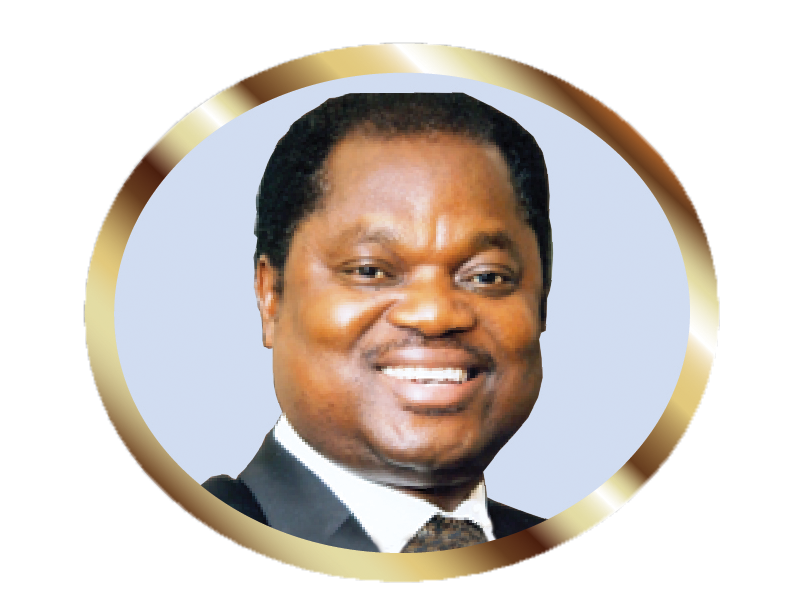 Pastor Wole Oladiyun is a gifted man of God. He is a prayer virtuoso who prays hard. But many don’t know the man who influenced his life the most.

If you ask Pastor Wole Oladiyun the biggest influence on his spiritual life any time, any day he will tell you its Apostle Joseph Ayo Babalola, the founder of Christ Apostolic Church.

Oladiyun is a seasoned evangelist with a strong prophetic ministry whose father was a top aide of Apostle Babalola. So, Pastor Oladiyun was born into CAC. His late mum too was CAC.

He knew he was to work for God from an early age. How did he get to know this? “What happened was that as far as when I was age 6 Jesus will be appearing to me on a daily basis, staying on top of the roof. He will be talking to me in our native language, telling me you are my son. You will work for me. You will preach the gospel, all over the world. Peace be on to you.

I will ask people to come and see this man talking to me, he said he is Jesus. People would gather round me but they could not see him. Every day he will appear to me. He will tell me that and disappear every day. So when the thing was too persistent, my father now took me to one of our prophets, his name was Prophet Isaac. The man prayed and said Baba, this small boy will work for God, take him to our headquarters at Oke Isegun and let Baba Aiyenimowa pray for him and then hand him over to the Lord.

So, my father took me to CAC Oke Isegun. He met with our senior pastor, Baba Aiyenimowa, Baba prayed and said yes he is going to work for God. Then my father asked him what was the next thing to do? He told my father now sign over this boy unto the Lord, donate him unto the Lord, give him unto the Lord, seed him into the Lord. He now said how. He said let him lie down on the altar, pray for him and that is all.

My father then said one thing that he will like me to have is proper education and with that education, I will be able to go far. The pastor prayed and said oh, he will go to school but he will work for God. My father said now I release him wholeheartedly onto the Lord. So, I was asked to lie down on the altar. They prayed for me. They recited some Biblical portions for me, and rang the apostolic jingle/bell  7 times. They  said today this boy is signed over to work for the Lord. That was the beginning of what we are seeing today, to the glory of God. That happened at age 6.”

Pastor Oladiyun went ahead to explain the significance of the founder of CAC, Apostle Ayo Babalola. “He was a tractor driver/mechanic, whilst he was working along the old Ilesha Road, in between Ilesha and Akure, somewhere there by a stream, his tractor broke down. He tried repairing the machine, nothing worked, at a point he had a voice from the Lord and the voice called him Joseph! Joseph! Joseph! And he asked: Who are you? And the voice replied: This is the Almighty God, talking to you. You will work for me. That was how he had the encounter and the communication continued.

Because he was an illiterate, it surprised so many people how God gave him the grace to understand the Bible from Genesis to Revelation. Then God gave him an unusual power to pray. Babalola could come to you, visit you and he will say let us pray. And believe it or not he will spend 3 days praying. So much so that the people will leave him here, go to work and come back and still meet him there for 3 days. He was on the mountain praying, when a big snake crawled  all over him and the snake dried up.

That was the kind of man God raised to  found the CAC. The mystery of prayer was delivered on to him. People like Dr. DK Olukoya’s father was a Pastor in CAC. Baba Olukoya’s  father knew Baba. My father knew Baba, Babalola. Everyone of us, who is an offshoot of CAC will attack prayer the same way. That is why you see a close semblance between MFM and CLAM. That is why I am very, very close to Dr. DK Olukoya. He is my prayer mentor, my prayer coach and a leader in the area of prayers.

I am learning from him. Many of us are learning from him. We bless God for raising a man like Apostle Babalola. He ended up his journey at Orioke Baba Abiye, Ede. God took him home. But the work is still speaking tomorrow. A university has been built and named after him called Joseph Ayo Babalola  University, Gbabu.”

“Those of us who are offshoots of CAC, like CLAM, will forever respect the Lord God of Apostle Joseph Ayo Babalola. Once a CAC man, ever a CAC person.”

Who was Apostle Joseph Ayo Babalola? He was a great spiritual leader who lived from between 25 April 1904 – 26 July 1959. He was the founder of the Christ Apostolic Church, popularly called Aladura in Nigeria. He was credited with healing powers. Babalola was born of Yoruba parents at Odo-Owa, Kwara State, Nigeria.  He was brought up as an Anglican. He was registered at an elementary school at Oto-Awori on Badagry road, Lagos State, in 1914.

He got to Standard Four, before he became a blacksmith’s apprentice and he learned it for two years, before he became a steamroller operator under the PWD (Public Works Department), then under the control of Great Britain, learning to become a steamroller driver. After 15 days of learning to drive the caterpillar, he was able to drive it without any assistance. After nine months; he became a master in his class. A steamroller was first given to him on 1 April 1928 to work on the Osogbo – Ilesha road. On June 14, 1928 he was transferred to Akure – Ilesha road.

On 9 October 1928 at about 12 o’clock he was by his steamroller by the river Ariran, it was here he heard a loud voice from above like the roar of thunder which called his name thrice saying “Joseph! Joseph!! Joseph!!! Leave this job you are doing; if not, this year you are going to be cut off from the earth. Again on 11 October 1928, while trying to repair his machine, he heard an audible voice from the Lord to abandon the job and start preaching. That is how he received the call and he went into fasting and prayer. Ayo Babalola was sent out of the Anglican Church of his village by his Bishop because most members of the Church see visions; speak in tongues and pray vigorously. Babalola was baptized in Lagos lagoon in December 1929. In 1930 Faith Tabernacle affiliated with the British Apostolic Church. Then following a schism in the Apostolic Church about 1940, Bablola went with a new independent church, Christ Apostolic Church (CAC), where he continued his healing and revivalistic activities until his death. The CAC regards Babalola as an apostle and his revival ministry as the beginning of the church. A CAC retreat center was built at Ikeji-Arakeji, Osun State where Babalola was first called in 1928.

Apostle Joseph Ayo Babalola was born in April 1904 at Ilofa, in Odo Owa via Ilorin Kwara State, Nigeria. The day he was born, there was a mighty thunder from the East towards the west, at the age of seven, he stopped his aged mother from eating any thing offered to Idols.

God used Apostle J. A. Babalola throughout his life time before he slept in the Lord in Ede Osun State on 26th July 1959. That day was a great day in the history of this mission, before he finally buried in Efon – Alaaye in Ekiti State.

BBNaija’s Bisola All Smiles as She Poses...

“NONE OF THESE TALENTED BROTHERS ARE AT...