Being A CAC Member Inspired My Style Of Comedy- WOLI AROLE 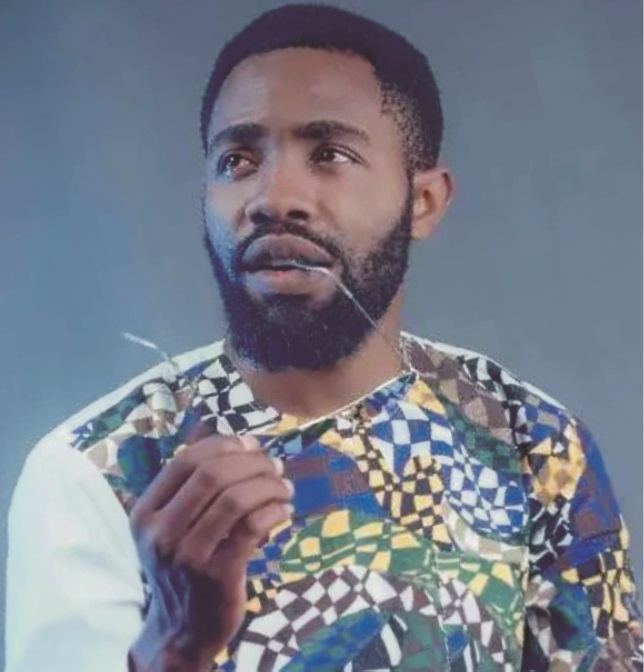 Comedy in Nigeria is becoming more interesting and worthwhile by the day. Comedy concerts now attract a great crowd of VIP’s as well as ordinary people whenever it is held anywhere in the country. As it gets more rewarding and funnier, people are becoming more willing to make comedy their career and one of those is who has been termed Nigeria’s funniest prophet, WoliArole. The young man who grew up in the ancient City of Ibadan has created a unique comedy style for himself thereby bringing upon himself fame and riches as well. He played guest to City People’s DANIJI EMMANUEL at the Media outfits’ headquarter where he revealed his journey into comedy and how he came about his prophetic style of delivery as well as the WoliArole brand. Enjoy

My name is Bayegun Oluwatoin Adesanya Abimbola. Those are my names. I am popularly called Woli Arole.

I am from a family of 3, 2 boys and 1 girl. I hail from Ondo State, Ikare-Akoko to be precise. My family resides in Ibadan so I was brought up in Ibadan. My primary school was Olapade Agoro Apata Ibadan. Secondary school was Government College, Ibadan. I went to Obafemi Awolowo University in Osun State and then moved down to Lagos.

Comedy for me has been an in-thing since I was very young and I started from the church. I joined the drama group of every church I have been to. Comedy started originally for me in my 100 Level in the university, which was in 2008/2009. I used to jest with my friends in class and I remember one of my friend, Leke, he told me I had what it takes to be a comedian and he encouraged me to work on myself which I did and that was how I started comedy professionally in 2010.

What were some of the challenges you faced when starting?

The major challenge for me then was that people mocked me when I was just starting. Some would say your jokes are not funny. Then the boldness to go on stage was another issue. Ability to get new jokes as well.

Social Media played a huge role in shooting you to the limelight. Can you share the experience with us?

I have been doing comedy before Instagram came about. But the Social Media was a very powerful tool God used to bring me out. The Instagram application came out in 2015, barely 2 years. One very good day I just picked my phone and recorded something. There’s a way or pattern my mom use to pray, which is the Christ Apostolic Church pattern. So I did a joke in that pattern and uploaded it on Instagram and the response was massive. I did a couple more and my followers and likes increased tremendously. I thank God that he gave me the inspiration to keep going till date. That CAC praying pattern has really helped my comedy career. People I didn’t even know started knowing me, liking my videos and following me. Some even shred it on different social media platforms across. The viewership came in millions and that was the birth of the Woli Arole brand.

How would you rate the comedy of this generation as against the previous generation?

Comedy has become a voice. It’s not just about screaming “Warri Warri”, it is now intellectual, comes with a lot of thinking. It’s more of speaking about the reality happening around us in a funny way. It’s a game of intellectuals. A game of people with common sense.

Comedy has taken quite a lot of forms lately, would you say there’s an existence of genres of comedy now?

I think it’s beginning to happen. Comedy genres are beginning to happen. Before there was nothing like Music Comedy, beautiful thing Kenny Blaq is doing. There’s the intellectual Comedy, where you talk about what is happening. Big credit to Bovi for that one, he is a realist. There’s also the Prophetic Comedy where I come in. It’s a sector of comedy where I act as a prophet and use the prayer pattern to crack my jokes. I think we are beginning to have a genre of comedy and it makes it more fun. It’s not just about saying “Warri Warri” anymore. People are now beginning to do comedy in other languages other than the defunct Pidgin.

Asides comedy, what else are you into?

Asides comedy I am an actor. I had a couple of movies, I was in Alakada Reloaded. Acting has been a passion for me since when I was young. So I’m a comedian, an actor, a motivational speaker and I am also into Ministry.

I have been acting since I was very young. I have done a couple of Yoruba and English movies, even Television series.

What’s next for Woli Arole?

Woli Arole and Asiri, are they a brand or individual acts?

I would say Woli Arole and Asiri is the synergy of 2 strong brands,2 friends coming together to do something that would come out well. They say 2 heads are better than 1.Asiri can do standup comedy very well, so can Arole. So when these 2 brands come together as 1, they bring out a great flavor.

Being A CAC Member Inspired My Style Of Comedy- WOLI AROLE was last modified: June 28th, 2017 by Daniji Emmanuel