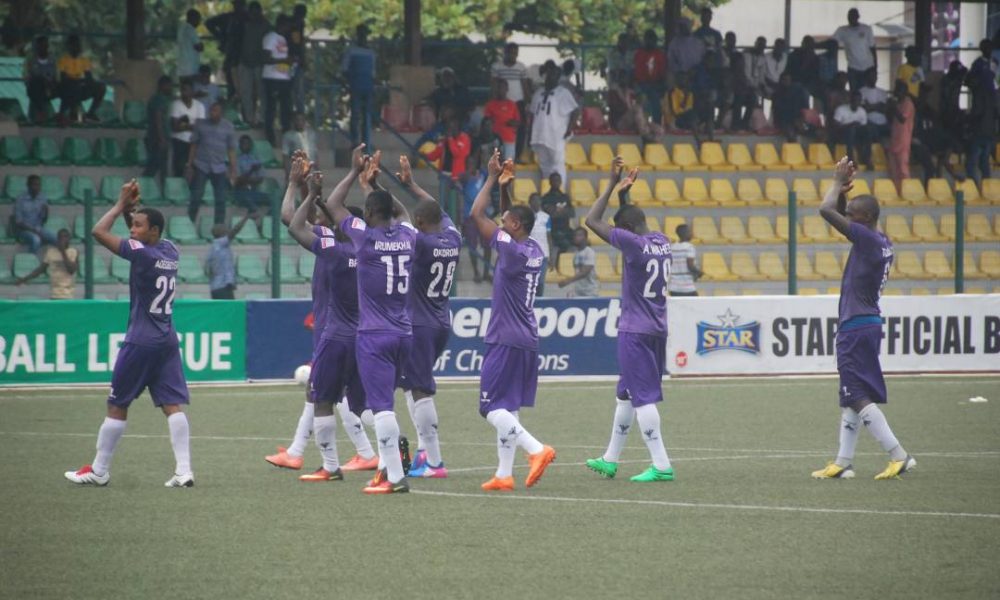 Lagos sole representative in the CAF Champions League, MFM FC secured a hard-earned 2-1 win over MC Alger FC in their first leg of the round 1 clash at the Agege Stadium in Lagos on Wednesday.

The Olukoya Boys who are playing on the continent for the first time did not have it easy against the tactically sound and imposing Algerian side.

After failing to breach the MC Alger defence after a couple of tries, MFM got their breakthrough in the 36th minute when they were awarded a penalty kick which was expertly converted by Chijoke Akuneto.

Wednesday’s goal was the second for Akuneto in the Champions League this season.

While MFM held their lead till the second half, the Algerians were able to get an all-important away goal 10 minutes into the second half. Amach Aziovez put MC Alger on level terms.

While it was beginning to look like the game will end in a stalemate, a stunning goal from Monsuru Bashiru ensured that MFM FC takes a slim 2-1 advantage into the second leg.

Meanwhile, two other Nigerian clubs were in action in the CAF Confederation Cup.

In Cotonou, Enyimba showed class; beating their hosts, Energie, 2-0 away from home.

On their part, Akwa United gave a good fight but were piped 1-0 by Al-Ittihad in Sfax.

The second leg games will be played in a fortnight.

READ ALSO: INEXPERIENCED TOTTENHAM BOW OUT OF UCL, LOST 3-4 ON AGGR TO JUVENTUS