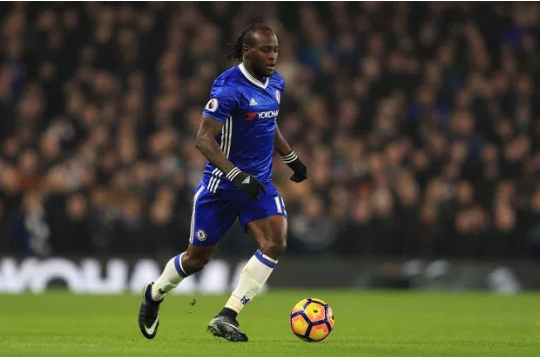 The Confederation of African Football has named Super Eagles stars Victor Moses and Shehu Abdullahi  in its Russia 2018 World Cup qualifying  XI.
Nigeria  defeated  Zambia 1-0  in Uyo on Saturday to qualify for  their sixth  World Cup, with Chelsea wing-back Moses and Cyprus-based defender  Abdullahi proving  themselves  in the encounter.
This will be Moses’ third straight selection as he was also named in the team for last month’s double-header against African champions  Cameroon.
Liverpool ace  Mohamed Salah, who scored late winner for Egypt to qualify for the World Cup after beating Congo 2-1,  South Africa’s  Percy Tau and Kalidou Coulibaly of Senegal are among the players selected, according to ScoreNigeria.
The next round of World Cup qualifying action will be from November 6.
CAF Picks Victor Moses and Shehu Abdullahi was last modified: October 12th, 2017 by Arinze Ago