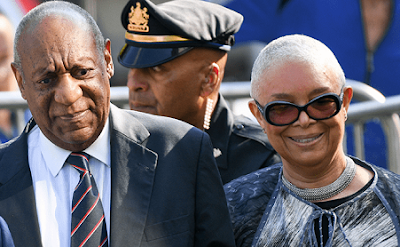 Camille Cosby is divorcing Bill Cosby now that he’s been convicted of rape. Camille is preparing to file a Blockbuster Divorce against her longtime husband according to multiple  media houses.

Camille Cosby, 74, has had enough and is set to cut ALL TIES with her convicted rapist husband Bill, 80, reports say.

“He literally is home alone,” a source spilled, noting the estranged couple now live separate lives. “She even took the staff with her!”, the source added.