CANADA Based Actress,Bimbo Thomas Talks About Her Life 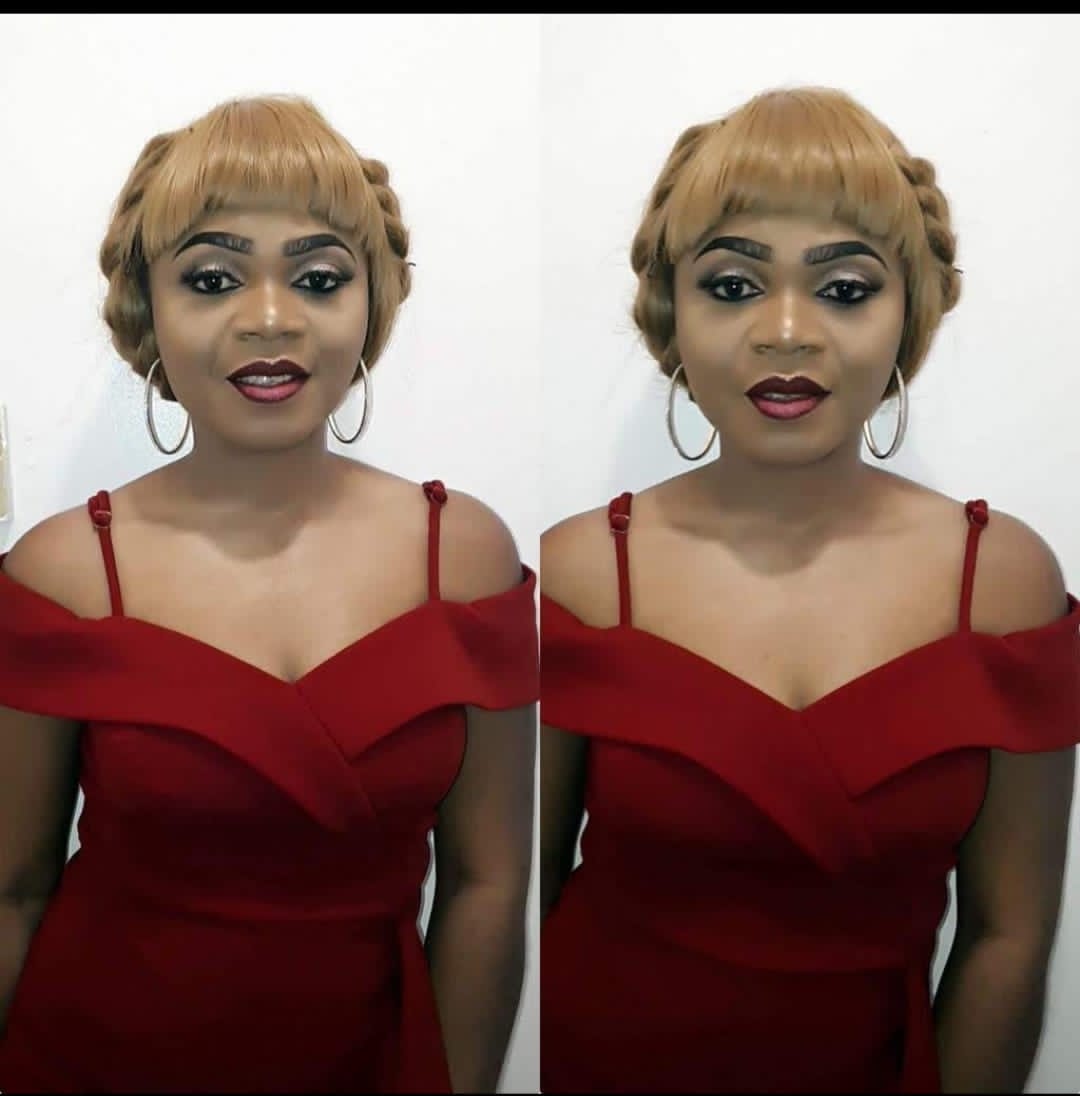 Bimbo Thomas is good at what she does.She is a damn good actress and a movie practitioner based in Canada.

A few days ago,she spoke to Citypeople about her career.
“My name is Bimbo Thomas.I am also known as Ms.Continental because I run a YouTube channel in that name.
I was born in Ikeja General Hospital in the year….. lol. I leave that for you to figure out. My late Dad (RIP Dad) was a Lagosian.And my Mom is from Edo state. So, I am a Lagos/Edo Babe to be fair to Motherland lol. I am a very private person, so won’t really say more than this about myself.”

” I am a Social worker by Training and Practice. I obtained both my Bachelor’s and Masters degree in Social work from York university Toronto Canada. I also had the opportunity to take some elective courses in Drama and Creative Arts ,due to the passion I have for Acting.
But money comes first and passion follows,hence I allowed my job take first place on the seat. I specialize in Child Protection & Welfare. My community work in reducing poverty, ensuring equity, social justice, and involvement in other social issues earned me my first award in 2018.
Aside my job, I also practice the craft of Make believe. To my senior colleagues in Nollywood, permit me to introduce myself as an Actor based in Canada, Toronto. I say this because it takes a lot to take on a title. I have featured in some movies and acted alongside famous Actors both home in Nigeria and here in Canada where i am currently based. I still believe I am work in progress.”

“Some of the movies I have featured in are ATM(Authentic Tentative Marriage) directed and produced by Lancelot Imasuen where I had the honour to act alongside Yvonne Jegede, Alex Ekube, Oyinbo Princess, Francis Adega and others.
It was such a pleasure to be on set with these Actors. I was a wedding guest.
Here in Canada, I acted in and was also Co- executive producer with the Famous Tokunmbo Jaboro (TJ) on the project “Saving Dreams” which was upgraded and renamed “Believe in You”.
Also, I had the opportunity to act alongside Jackie Appiah, the Ghanian Actress on a movie titled “Molly’s Love Story” . My role was to decide the fate of Jackie in an audition. What an irony! Desmond Elliot, Beverly Naya, Nosa Obaseki are all actors in the movie. Then, the Movie “Not For Sale” by Canadian based Filmaker, James Abifade, which was recently premiered. I took the role of a spoilt and promiscuous brat in this movie . A big one by ISK Production is in Post Production, coming out soon. It is called “When love Hurts”. Love really hurts you know. I acted alongside late Chief Rachel Oniga of Blessed Memory ( RIP Ma). Nosa Obaseki is also in the movie. Now,i am emotional . I had a personal relationship with Mama. She would encourage and give tips on how to stand out and be a brand. I have done a couple of skits involving some Actors,like Starboy, Lola Alao, Nosa Obaseki, Yewande Abiodun, Shina Ayo.”

CANADA Based Actress,Bimbo Thomas Talks About Her Life was last modified: October 16th, 2021 by Reporter

At the Wake Keep Of Movie Star,Nkechi Blessing’s Mum In Lagos.