Car Crashes Into UK House of Parliament, Injures Many 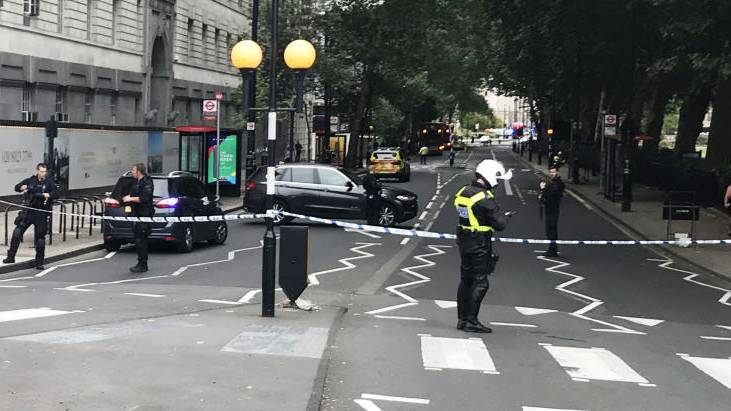 A man was detained after a car smashed into the security barriers outside the House of Parliament in London, several pedestrians were injured in the incident, the Metropolitan Police said on Tuesday

“At 7.37 a.m. today, a car was in collision with barriers outside the Houses of Parliament. The male driver of the car was detained by officers at the scene.
“A number of pedestrians have been injured. Officers remain at the scene.

“We will issue further info when we have it,” the Metropolitan Police wrote on Twitter.
Footage on social media showed heavily-armed police response units arriving at the scene, with the area outside the parliament building in central London cordoned off.