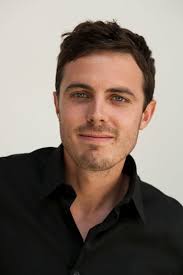 After keeping a low profile for months, the actor-producer publicly apologised on Thursday for fostering an unprofessional environment on the set of his 2010 film I’m Still Here. Bad press eventually led to the Oscar winner opting out of presenting at the Academy Awards earlier this year.

In a candid new interview with the Associated Press — Affleck’s first in about a year — the Old Man and the Gun star shared his regrets about how it all played out, including the allegations themselves, which were reignited when the #MeToo movement exploded late last year and completely altered the landscape of Hollywood and beyond.

“First of all, that I was ever involved in a conflict that resulted in a lawsuit is something that I really regret,” Affleck said in an interview the AP published Thursday. “I wish I had found a way to resolve things in a different way. I hate that. I had never had any complaints like that made about me before in my life and it was really embarrassing.”

The scandal stemmed from his 2010 settlement with two female crew members who sued him after accusing him of sexual misconduct on the set of his directorial effort I’m Still Here, which filmed in 2009.

On Thursday, the actor-producer said he didn’t know how to handle the situation, nor did he agree with how he was being described by the women, but he “wanted to try to make it right.”

But the allegations dogged the actor during the 2017 awards season as he racked up honors for his performance in Manchester by the Sea. The scandal flared up again in 2018 when Time’s Up and #MeToo hit a fever pitch.

Enough so that Affleck passed on presenting the lead-actress Academy Award and declined to attend the ceremony altogether. (Actresses Jennifer Lawrence and Jodie Foster presented the award instead.)

The 42-year-old said he’s been tuned into public conversations about harassment and inequality and learned from them. It helped him move “from a place of being defensive to one of a more mature point of view, trying to find my own culpability. And once I did that, I discovered there was a lot to learn.”

Affleck, who is the younger brother of Oscar winner Ben Affleck, admitted to misconduct on the set of I’m Still Here and said he had to “accept responsibility for that.”

“I contributed to that unprofessional environment and I tolerated that kind of behavior from other people and I wish that I hadn’t. And I regret a lot of that. I really did not know what I was responsible for as the boss,” Affleck said. “I don’t even know if I thought of myself as the boss. But I behaved in a way and allowed others to behave in a way that was really unprofessional. And I’m sorry.”