Home Sports Catalan Independence: How Barcelona and La Liga Would Be Affected by Spain Split
Sports

Catalan Independence: How Barcelona and La Liga Would Be Affected by Spain Split 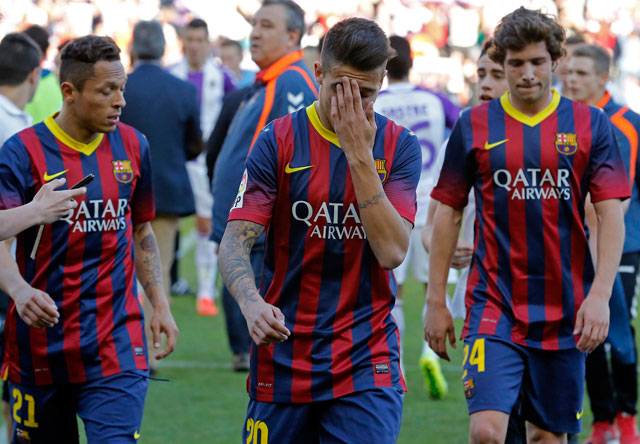 Spain is in the midst of a tense political stand-off that could potentially alter the complexion of the country as the government of Catalunya defiantly prepares itself for a vote on independence.
The Spanish state has warned that the prospective vote contravenes the constitution and that it is actually illegal, but that has not diminished the appetites of those within the region who are seeking change. In recent years, in particular, Barcelona fans have not been shy about showing where their allegiance lies, frequently flying Catalan flags at games and many figures within the club – including players past and present – are firmly in the pro-independence camp.
With a referendum on the divisive matter becoming increasingly possible – a date has been set for Sunday, October 1 – questions have been raised regarding the position of Barcelona and how the club could be affected by independence. As with any step into new territory, we do not know for certain how Catalan independence will affect Barcelona, but there are a number of potential knock-on effects that have prompted intriguing discussions in football circles. Should Catalunya secede from Spain to become an independent, autonomous state, then that would theoretically have a huge impact on the Spain national team, since national team eligibility is governed chiefly by nationality.
Once the dust settled, issues such as citizenship would have to be legislated for and we simply do not know how such a scenario would play out. If Catalan citizens were also deemed to be Spanish nationals, then Spain could select players from the region. If there was no extension of Spanish nationality, it would mean that Catalan players would not be allowed to play for La Roja, but it may not be so clear-cut.
Interestingly, a Catalunya national team already exists, with native players such as Pique, Guardiola, Xavi, Carles Puyol and Cesc Fabregas lining up for the region in friendly games over the years. It is not affiliated with UEFA or FIFA though, meaning that it cannot compete in competitions such as the European Championship or the World Cup. However, that could change in the event of independence.
There are a number of examples of ‘new’ countries forming national teams and going on to compete in UEFA and FIFA competitions, with Kosovo and Gibraltar being two of the most recent examples. It is not always straightforward, though, and requires a vote, which could easily be opposed by Spain, who notably attempted to prevent Gibraltar from becoming a member of UEFA.
Source: Goal.com
Catalan Independence: How Barcelona and La Liga Would Be Affected by Spain Split was last modified: September 29th, 2017 by Arinze Ago