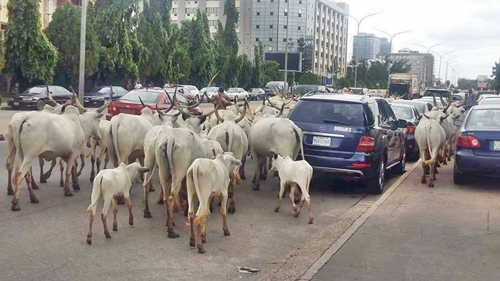 The Miyetti Allah Cattle Breeders’ Association has called on the Senate President, Bukola Saraki to resign from office.

The association said the President would be forced out of office if he refuses to resign his position immediately.

The national coordinator of the association in Benue State, Alhaji Garus Gololo, gave the warning in Makurdi, the State capital yesterday.

Gololo claimed that Saraki had created numerous problems for the administration of President Muhammadu Buhari.

“It is on this note that we are saying that Saraki ought not to be in office again as Senate President; more so, Saraki has failed to coordinate and organise the National Assembly to offer quality legislation that Nigerians need.

“Nigerians are in dire need of people that have the interest of the masses. Miyetti Allah is looking for a leader that would preside over the affairs of the Senate with ultimate respect for the executive and the judiciary, not someone like Senator Saraki that would always scheme to outdo the Presidency.”

“We are now tired of Saraki’s style of leadership at the National Assembly. Therefore, we are now warning him to honourably resign his position as president of the Senate or we will force him out”, Gololo said, refusing, however, to explain how the association would remove the Senate president.