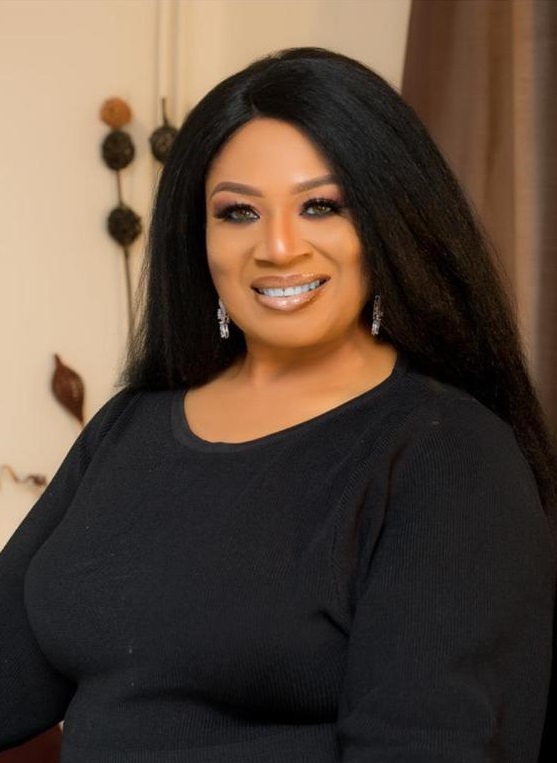 She has remained one of the biggest names in Nollywood. Just tell any ardent follower the name Dolly Unachukwu and you will see the person nod in recognition of her name.

Born on 1st November 1969, this beautiful lady is a Nigerian actress, producer, writer, and director, who lives abroad. She is one of the pioneers of Nollywood. She gained national fame as Fadake Akin-Thomas in the TV series Fortunes.

Dolly Unachukwu is one of the talented actresses, writers, producers and recently turned film directors. Born in 1969 to a family of 7, Dolly Unachukwu started her acting career at age 16. A native of Amichi in Anambra state, she was first featured in a television programme junior drama in 1985 as a secretary. Later that year she was cast in the prime-time soap opera Mirror in the Sun,as Prisca, but it was her role in Fortunes that made her a household name in 1993, where she played ‘Fadeke‘, the subdued wife of a millionaire, an ideal Nigerian woman.

Unachukwu made her debut in films with her performances in Deadly Affair and Deadly Affair II, where she featured alongside Nollywood veterans such as; Emeka Ike, Sandra Achums and Jide Kosoko. Speaking three different Nigerian languages in the film. Unachukwu played a mean pimp in the controversial film Glamour Girls, a film that later won the most popular Nigerian film in America in 1995.

In 1997, Unachukwu produced her life story, Wildest Dream. In the film, she narrated the ordeal of her first marriage, which crashed in 1994, making her a single parent. Unachukwu remarried in 2000 and in August of the same year she moved to join her husband in England. She lives in England, where she has acquired more knowledge, as she got the European Computer Driving Licence in 2002 and the next year began a three-year degree course in Films and Videos at the East London University Docklands, taking two years off to care for a new baby girl that arrived in 2004. She graduated in June 2008.

Unachukwu produced and directed her own film, called The Empire in 2005, while on break from the university.

Unachukwu attended the Television College Jos in Plateau State, where she received a diploma in Television Production in 1988. She later went on to study phonetics in 1989 at the FRCN Training School Lagos and then went to the Lagos State University in 1990 and earned a diploma in Law.

She has acted in so many movies, as follows:

She has a Master’s degree in Special Needs & Inclusion. She graduated last August. She has remained her beautiful and stylish self.