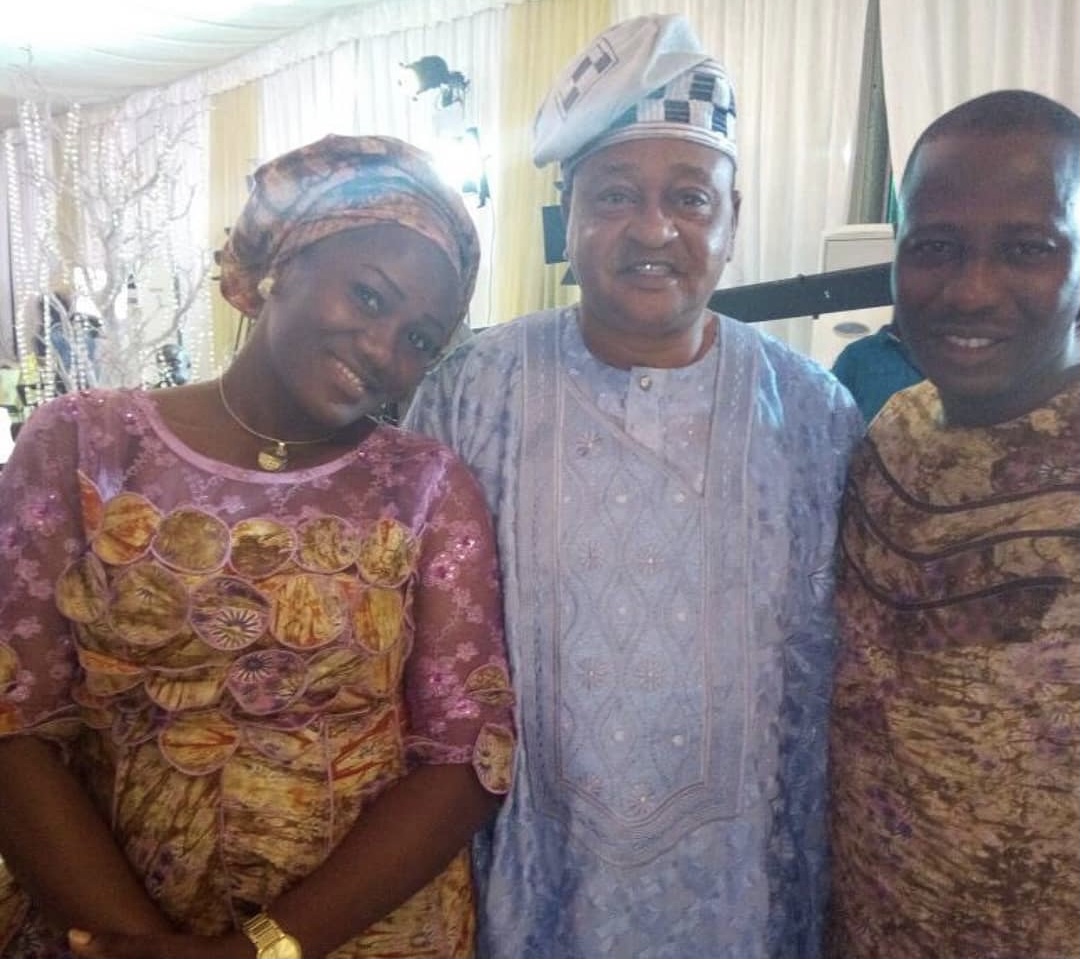 “Honestly, I hold avid passion for acting and public speaking. For that reason, I attended a few auditions, particularly in Lagos, Nigeria, and after much efforts, I succeeded in featuring in one of the episodes of that popular soap opera, Tinsel, in 2016 ,through Multichoice Nigeria Limited; which is considered as a summary of my audacity of burning passion.”

He has been acting now for how long?

“For me, not sounding cocky, I will say that my appearance in the Tinsel delineated a blitz had on acting curiosity. More so, seeing some luminaries act, like RMD, Ayo Makun, Emeka Eke, Muyiwa Ademola, Femi Adebayo, to mention but a few.It helped to proselytize my conceptualized ideas about movie role. “

How challenging has it been sustaining his interest in acting abroad?

“Hmmm…, Combining passion and professional career in abroad is not easy, owing to the regular hustling to make ends meet. But, I consider “passion’ as the energy of reality that comes when people catch a glimpse of their true potentials. So, no doubt, passion is the driven force that keeps me constantly in motion.
In fact, I am the General Secretary and one of the pioneering members of Theatre Arts and Motion Pictures Practitioners Association of Nigeria (TAMPAN) Canada Chapter, commissioned on November 13, 2018.”

“TAMPAN Canada Chapter is pretty new and we have produced a movie titled ERE CANADA amidst several skits; in which I featured in a substantial number of those skits. Another great movie by TAMPAN Canada Chapter is in the pipeline.”
“I have acted with almost every member of TAMPAN CANADA, such as: Olayemi Adeodu (Bobo Oloye) Korede Wealth Obasan, Bimbo Thomas, Kemi Abiodun (Solidkemmy), Toyin Shokoya, Debby Macauley, Agbeke Diamond, Femi Aiyeyemi (baba legba), Akeem Ogunmilade among other potential talents/peeps. “
“This is just the beginning, as we own ideas as seeds to plant and nourish. The more you learn, the better you become in no time.”

“I was born in Lagos State, Nigeria. I grew up in the Itire axis of Mushin for my secondary school ,before moving to Alimosho Local Area of Lagos State. I started my primary education at Morayo Primary school, Ilasamaja and secondary at Euba Boys High school and Amuwo Odofin Comphensive Boys Secondary School respectively.”
“My Mantra: To attain any degree of success above mediocrity, you need to be a Man of Action (MOA)”

WHY PRIMATE AYODELE REMAINS A PROPHET NO...