Home News Celestial Church Of Christ Celebrates At 70. +Plus How The Church Started In BENIN Republic
News

Celestial Church Of Christ Celebrates At 70. +Plus How The Church Started In BENIN Republic 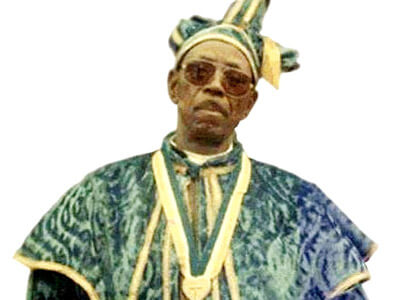 Oshoffa, a former carpenter was born in Dahomey in 1909 and was raised as a Protestant in the Methodist Church.

How did he set up Cele Church? He  had a divine revelation on 27 May, 1947, during a solar eclipse, in a forest where he got lost in the process of searching for timber for his carpentry works. He heard a strange voice which cried out to him using the word “Luli” which was later translated to mean Ore-Ofe in Yoruba language and Grace in English language. With the word Luli meaning Grace, the Celestial Church of Christ (CCC) came into being and history was made.

Pastor Oshoffa started preaching the gospel to the world. Soon after, the Church grew from strength to strength, with the full support of the divine one, the supreme being.

The Celestial Church of Christ was greatly endowed with the Holy Spirit of God, which empowered the Pastor/Founder to carry out  spiritual healing,  in no small measure, and the church was soon reputed as a spiritual church of note.

The Celestial Church of Christ is Prophetic with Christian background. The faithful are called Celestians and the Church is sometimes informally called Cele. The name signifies that the members deem themselves as Celestial or representatives of the heavenly on Earth. The Church claims inspiration from God through the manifestation of Holy Spirit among the Faithful.

The Church is governed by twelve major recommendations of banned food, tobacco, alcohol and eating of park meat are forbidden. The faithful must remove their shoes for prayer and in the place of worship.

Men and women are separated from church, menstruating women and those who have recently given birth are unclean and cannot attend church events for seven days in the first case after which they will be sanctified.

The Church in Nigeria uses King James Bible and the Yoruba translated version. The church waxed stronger in the Republic of Benin and its reputation for wonderful work of Spiritual healing spread to Nigeria. Several members of the Church in Nigeria, Beninoise Fishermen at Makoko, Yaba sent emissaries to the Pastor/Founder  inviting him to come and establish CCC in the country. After much pressure, the Pastor/ Founder agreed to visit Makoko during the Easter week of 1951, which was four years after the establishment of the church in the Republic of Benin.

That moment marks the glorious entry of the Church  to Nigeria.

From Nigeria, the Church spread  to other countries in Europe, America, Asia, Africa and other parts of the world.

The first Board of Trustees was set up by the Pastor/Founder in his  time by the promulgation of the constitution into law on 29 March, 1980. One of the important Provisions contained in the constitution that  has salutary effect on the administration of the church is section 108, which provided that.

“The Pastor, as the ultimate spiritual Head of the Celestial Church of Christ Worldwide, shall be vested with the sole, ultimate and unchallengeable authority on all matters affecting the  Church’s life, be it planning, organisation doctrinal standard and spread of doctrines, educational, legislation or discipline, other provisions of the constitution notwithstanding the section 109 of the celestial constitution also states that.

“The Celestial Church of Christ worldwide shall has one Head who shall be known and called “The Pastor”.

The Celestial Church of Christ was recognised and authorised by the Republic of Benin in 1965 while the Church launched an evangelistic campaign in the former colony of the French African country.

From late 1990s, the church showed willingness to use internet as a means of evangelisation.

Thus allowing many existing branches of the Church within Africa and in United Kingdom, Germnay, Austra France, USA so as to maintain contact with one another

However, after establishing the Church on strong footing the Pastor and Founder died on Sept 10, 1985 at an Ilupeju private hospital, and afterwards it became clear that all his preaching about the choice of a successor was not going to be respected.

The movement has also grown since Oshoffa’s death, but also suffered setbacks too as matters of succession  became a really big issue.

Celestial Church Of Christ Celebrates At 70. +Plus How The Church Started In BENIN Republic was last modified: October 2nd, 2017 by City People