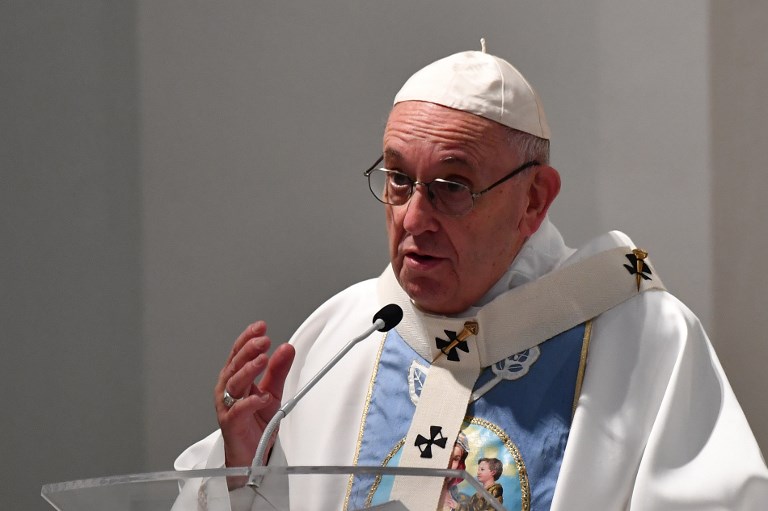 Pope Francis says celibacy is not optional for priests, describing it a “gift to the church”.

The pope made his position known on Monday while speaking with journalists during his trip back to the Vatican from Panama.

The Argentine pontiff had visited Panama for a six-day trip.

“Personally I think that celibacy is a gift to the church,” he said. “Secondly, I don’t think optional celibacy should be allowed.

“No, I won’t do it. This remains clear. Perhaps I’m close-minded. But I don’t feel like putting myself before God with this
decision.”

Celibacy was imposed in the 11th century, and after hundreds of years, many within the church are eager to see the rule relaxed.

While married Anglican priests are welcome to convert to Catholicism, married men are still not permitted to take the cloth.

The pope, however, said there can be exceptions “for far flung places” like the Amazon and Pacific Islands where “there is a pastoral necessity”.

“This is something being discussed by theologians, it’s not my decision,” Francis said.

“The issue must be open for places where there is a pastoral problem because of the lack of priests.”

In 2018, Cardinal Pietro Parolin, the Vatican’s number two man, had said the church could “gradually look in depth” at the issue but noted that the likelihood of a “drastic change” is slim.

READ ALSO: WHATEVER HAPPENS IN NIGERIA WILL AFFECT THE WORLD – US AMBASSADOR, STUART SYMINGTON