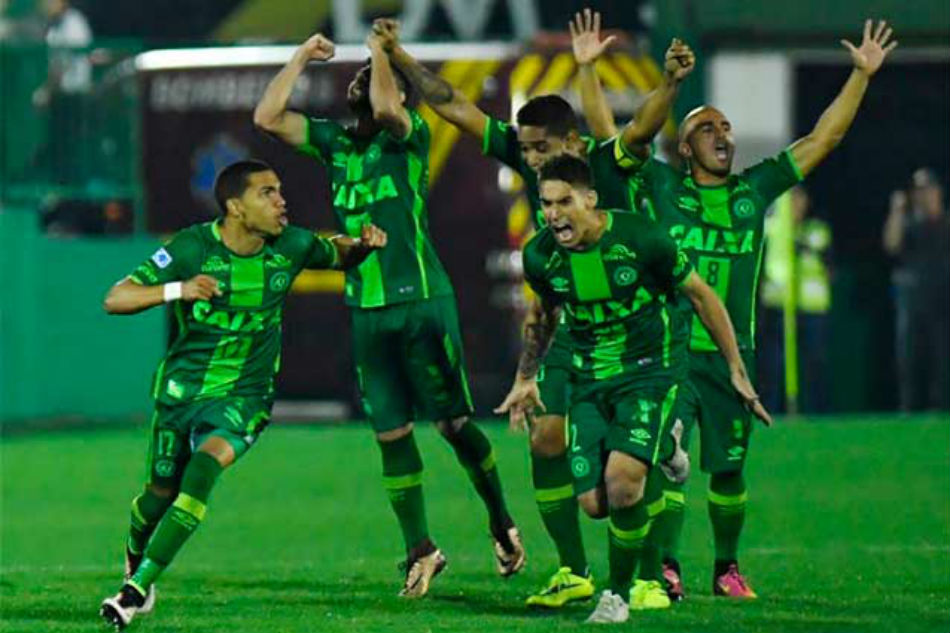 Chapecoense have won their first title since most of their team were killed in a plane crash.
Only three of the Brazilian club’s players survived November’s crash, when 71 of 77 people on board died.
Top clubs from Brazil and Argentina offered to loan players to Chapocense, who signed 25 new players this season and promoted nine from the youth team.
They lifted the Santa Catarina state championship on Sunday for the second straight year, despite losing to Avai.
Chapecoense were beaten 1-0 in Sunday’s final play-off, but their 1-0 victory in the first leg meant their better record over the course of the season was decisive.
The club dedicated the win to those who were killed, with new coach Vagner Mancini saying: “We knew that Chape would have a lot of difficulties because of the rebuilding of the team, but because of the work we reached the title, beating opponents who are rivals and difficult to beat.”
The crash happened on 29 November as the squad travelled to face Colombian side Atletico Nacional in the final of the Copa Sudamericana. Nineteen players and staff died.