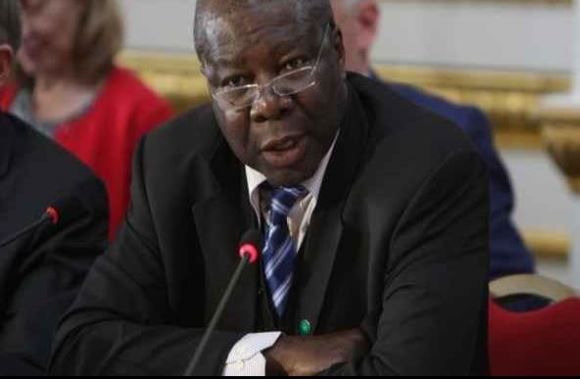 The Deputy Chairperson of the African Union Commission, Amb Thomas Quartey,  has said African countries are  losing an average of 50 billion dollars annually through Illicit Financial Flows (IFFs).
Quartey said this in Abuja at a preparatory meeting towards Nigeria’s role as the champion of the 2018 African Union with theme, ‘Winning the Fight Against Corruption: A Sustainable Path to Africa’s Transformation’.
He said the money was being siphoned through the activities of multinational companies operating in the continent who siphoned its resources through massive corruption.
“This is taking place through weak transparency and accountability mechanisms that allow tax avoidance, trade misinvoicing, abusive transfer pricing, and many other ways used to deny Africa to reap its resources dividends.
“As a result, the continent loses on annual basis, an average of 50 million dollars through the IFFs.
“These funds could be used to drive socio-economic development and structural transformation of this continent to address major problems of unemployment, inequality, poverty and underdevelopment,” he said.
According to him, there is also evidence that the social, legal, political and economic aspects of development are linked, and that corruption in any one sector, therefore, impedes development in all of them.
He said that where corruption was tacitly accepted as a means of doing business, efforts to improve legal and regulatory frameworks were unlikely to succeed.
The Permanent Secretary, Ministry of Foreign Affairs, Amb. Olukunle Bamgbose, said the meeting was to brainstorm on the best way to consolidate common programmes and processes for continent-wide application of the anti-corruption agenda in all member states.
Bamgbose said Africa would succeed in its anti-graft war if all countries in the continent stand as a united force, with the same vigour and commitment to combat corruption.
Check Out the Shocking Amount of Money Africa Loses to Illicit Financial Flows Annually was last modified: October 27th, 2017 by Arinze Ago

Buhari’s 2019 Re-election Campaign Starts in Abuja as Governors, Ministers, Others Turn Up at Event

Why I Have Refused To Leave PDP – Ex-OGUN Deputy Gov. Alhaja SALMOTU BADRU

This Man Went to Hospital for Treatment...