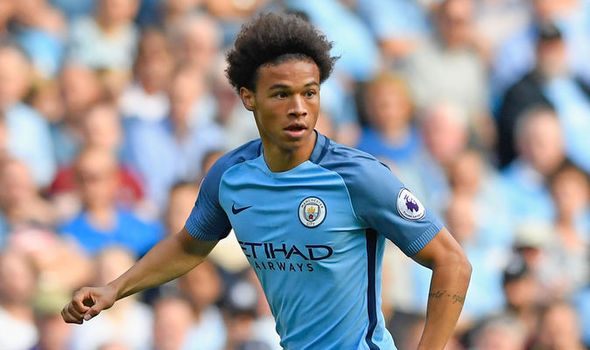 Manchester City forward Leroy Sane has tipped Chelsea to be the champions’ nearest challengers next season.

The London club have had a chaotic summer, with their sacking of manager Antonio Conte not confirmed until after the start of pre-season training.

Maurizio Sarri has succeeded Conte, and Sane saw enough from two matches against his Napoli side last season to think he will have a positive impact.

“Chelsea have brought in a really good coach,” he said.

“The way Napoli played last season was really attractive. We really suffered against them.

“They might need some time to get used to his tactics but they could be a really tough team.”

Asked who represents City’s biggest threat to retaining the title, he said: “I think Chelsea.”

City faced Napoli in the Champions League group stage last season – beating them 2-1 at home and 4-2 away.

Sane, 22, is one of the few senior players on City’s three-match tour of the United States, a legacy of his shock omission from Germany’s World Cup squad.

Bernardo Silva, part of the Portugal squad that exited the World Cup in the last 16, joined the squad in New York on Monday as they prepare for Thursday’s match against Liverpool (01:05 BST).

Teenage midfielder Phil Foden was also present on the day an England Under-19 squad he – and many others on club duty – could have been a part of, exited the European Championship at the group stage.

He said: “When you get a chance in the first team, you need to take it. It was right to stay with City and try to develop and become a better player.”