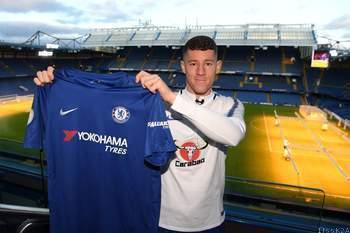 Ross Barkley has officially completed a £15 million move from Everton to Chelsea after talks had previously failed in the summer transfer window.

The Blues announced the transfer on Friday, confirming the 24-year-old midfielder had signed a five-and-a-half-year contract at Stamford Bridge.

The move was delayed due to Barkley’s hamstring injury, but his improved condition has allowed Chelsea to complete a deal for the midfielder – who had just six months remaining on his contract.

After completing the move, Barkley said, “To be given a fresh start at a new club like Chelsea, it’s unbelievable for me.”

This Is How You Know Your Relationship Is Dead, And Pretty Much Gone!

2 Trends Everyone Will Be Wearing In 2018, According To Celebrity Stylist Glory Uduma