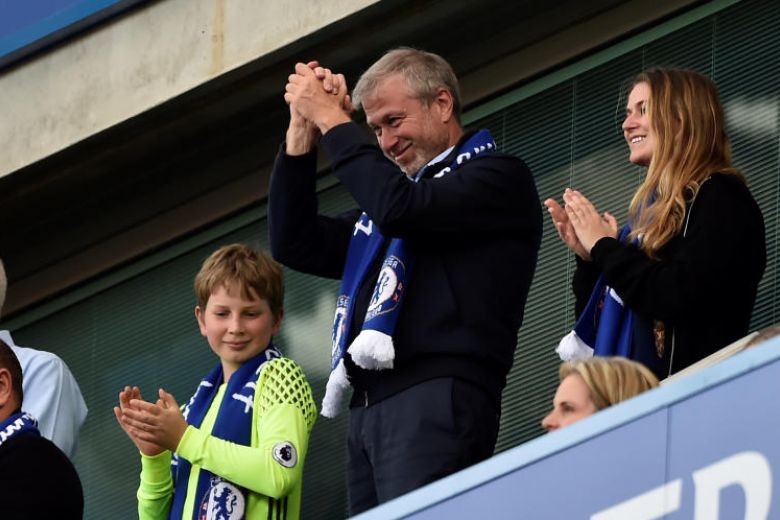 Chelsea owner Roman Abramovich is still passionate about the Premier League club and tries his best to be involved on a daily basis despite his long-term absence at Stamford Bridge, defender David Luiz has said.

Russian billionaire Abramovich ran into problems renewing his British visa last year amid tensions between the two countries and he has not been seen at Chelsea’s matches this season.

British media reports indicated Abramovich had grown weary and even looked to sell the club but Luiz said the 52-year-old had not lost his hunger for success after speaking with him prior to renewing his Chelsea contract last week.

“I had the opportunity to talk with him last week to decide my future,” Luiz told The Daily Mail here. “He loves the club and everything that is inside the club, not just the people. He wants to win everything, he wants to do more.

“It’s difficult for him, he has been away but his heart is here. He tries to be involved every single day. He’s still really passionate for the club. He has the same hunger, thinking about winning. He doesn’t want to lose energy.

“He’s the one who built Chelsea — everything at Chelsea changed because of him. The results speak for themselves, 15 trophies in 15 years.”

Chelsea finished third under Maurizio Sarri to return to the Champions League and Luiz said the London club has exceeded pre-season expectations as they look to finish the campaign with a Europa League trophy when they face Arsenal in Baku on May 29.

“We did amazing, especially with the first year for a new coach,” Luiz said. “Nobody expected Chelsea to finish third. Everybody thought we were going to be out of the Champions League.

“We’re fighting for the Europa League and we lost the League Cup on penalties, a competition where we beat Liverpool and Tottenham and were the better side against Manchester City in the final.”