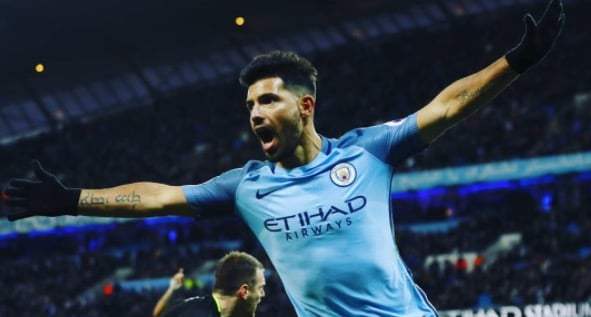 Sky Sports, the leading British broadcaster have caught up with rumours which have been spreading on social media over the past twenty-four hours: Chelse are making moves to sign Sergio Aguero from Man City.

But how much new information do Sky Sports have?

The story, which broke from a reporter from Spanish paper AS on Sunday night, claimed that Pep Guardiola has already given the green light to Kun leaving the Etihad Stadium for Stadium Bridge.

What’s the update?
The broadcaster have posted the following update on social media:

So what does “serious and strong interest” mean? One suspects it doesn’t mean that Chelsea have tabled an official bid for the Argentine striker otherwise that would have been the lead story.

For the record, Kun is under contract with Man City until 2019.

Deal makes sense
There’s plenty of reasons to buy into the Aguero-Chelsea story.

To start with, the Blues appear to have issues with who will lead their attack next season.

Diego Costa’a latest Instagram update in an Atletico Madrid shirts seems to have hammered the final nail into the coffin of his Chelsea career.

Turning to the rumour mill, Pierre-Emerick Aubameyang has dropped a hint he’s off to AC Milan, Alvaro Morata could also be set to join the Rossoneri, while Andrea Belotti has a 100 million euro release clause.

With options dwindling, Aguero could be an incredible alternative for Conte: Kun is a proven Premier League goalscorer.

The Alexis Sanchez angle
Man City may also been keen to sell Aguero.

And that field will only get more cluttered if Alexis Sanchez joins from Arsenal.

Chelsea have ‘serious & strong interest’ in Sergio Aguero was last modified: July 17th, 2017 by Arinze Ago

Doris Simeon to celebrities: Keep your private life off social media… it can break you