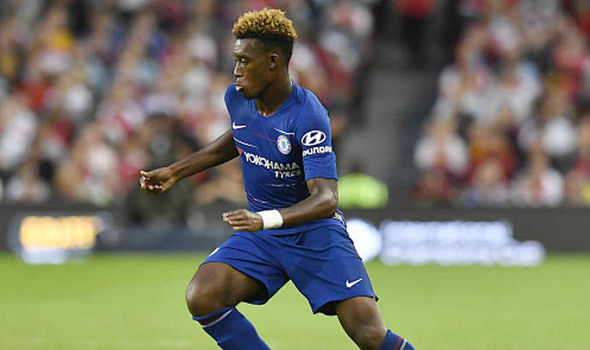 Chelsea winger Callum Hudson-Odoi confirmed on social media that his season is over after he ruptured his Achilles’ tendon during Monday night’s 2-2 Premier League draw with Burnley.

The 18-year-old was helped off the pitch shortly before halftime and said on Twitter that he would play no further part in Chelsea’s campaign.

“Really gutted to end my season with a ruptured Achilles, gotta work hard and try and come back stronger for next season,” he said on Twitter.

The injury rules Hudson-Odoi out of Chelsea’s last three Premier League games of the season, against Manchester United, Watford, and Leicester City.

He will also miss their Europa League semi-final against Germany’s Eintracht Frankfurt, the first leg of which is on May 2.

The draw with Burnley lifted Chelsea up to fourth in the Premier League table, a point above fifth-placed Arsenal, who have 66 points with a game in hand.