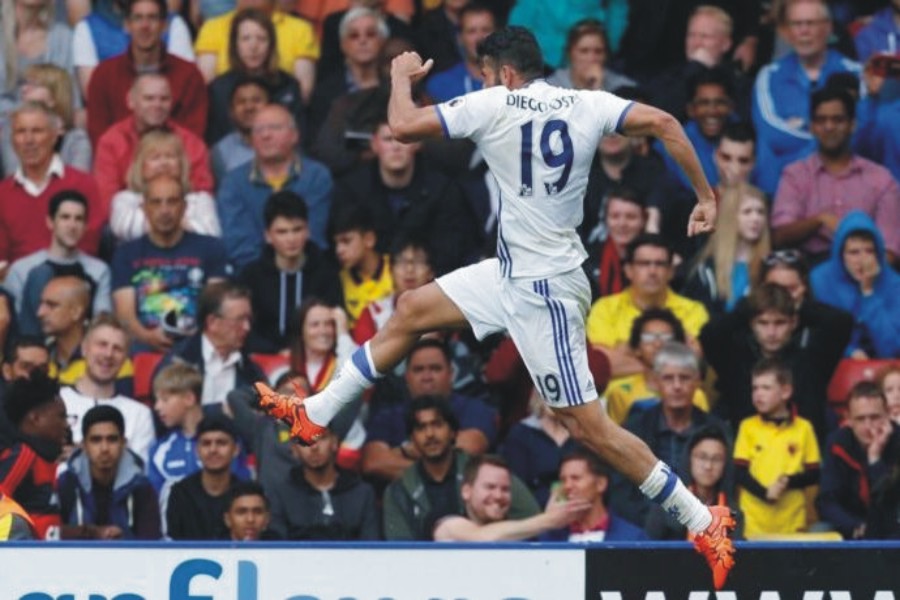 Diego Costa is set to finally agree his £25million-a-year dream move to China after dining with Tianjin Quanjian officials.
As SunSport revealed last week, the Spaniard met with personnel from the club over a meal and has since agreed a monster pay-packet to join Fabio Cannovaro and Axel Witzel in the Far East.
But the Italian has brilliantly steered both player and club back on track and Costa’s goals have helped fire Chelsea to the brink of Premier League glory.
And now he looks set to join the financial revolution in China, where there have been several top ten-highest salary marks set. According to El Larguero, he has signed a pre-contract agreement and Chelsea should receive about £76m for his services.
beat the Gunners.
Costa, 28, has netted 20 goals in all competitions for the Blues this term, but appeared to go through a dry spell after his Christmas row with Conte. Meanwhile, the Italian gaffer has been looking to bolster his ranks ahead of next term by either signing Romelu Lukaku or Alvaro Morata.
–
–
Source:TheSunUK
Chelsea’s Diego Costa Reportedly Signs Record Breaking 90 million Euro Pre-contract Deal with Chinese Club was last modified: May 4th, 2017 by Arinze Ago