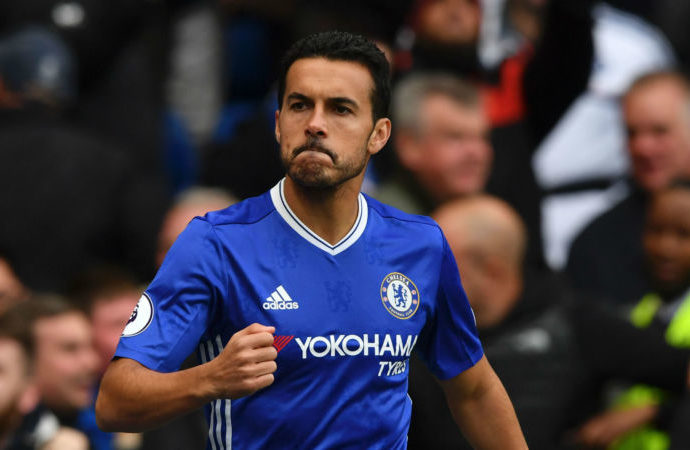 Pedro Rodriguez has won April’s Premier League Goal of the Month award for his stunning 25-yard strike in Chelsea’s win at Everton.

Pedro’s goal was voted the best from a shortlist that also included Roberto Firmino’s superb effort for Liverpool at Stoke and a fine Dele Alli finish for Tottenham Hotspur at home to Watford.

The Spain international found the top corner with a fierce left-foot strike to put Antonio Conte’s men on course for a crucial victory in their charge towards the Premier League title.

He has contributed eight goals and eight assists in 32 Premier League appearances for Chelsea this season, and also won the November goal of the month award for a curling effort from outside the box in a 2-1 victory over Tottenham at Stamford Bridge.

Diego Costa’s finish to round off a slick team move in Chelsea’s 4-2 home win over Southampton also made the eight-goal shortlist.

Chelsea’s Pedro beats Liverpool’s Firmino to April Goal of the Month was last modified: May 12th, 2017 by Arinze Ago