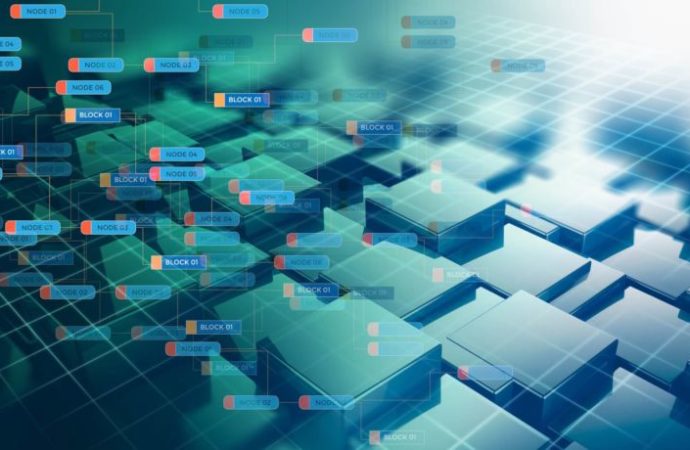 Chinese banks are hiring blockchain experts as the government pushes the use of the technology behind bitcoin to increase transparency and combat fraud in its financial sector.

Lenders have struggled for years with outdated and disparate technology. While four Chinese banks rank among the world’s five largest by capital, many still use paper, faxes and traditional chop stamps to verify documents.

Now, spurred by regulators, they are looking to use blockchain to leapfrog a generation of technology and clean up the system, bankers and blockchain experts say.

Demand from Chinese banks for experience in blockchain more than doubled last year and will grow further this year, headhunters and blockchain professionals say, as lenders scramble to catch up with Western counterparts that have already invested $1.5 billion in the technology.

“Demand is increasing rapidly and shows no sign of slowing. We expect similar levels of year-on-year growth in 2017,” said Simon Lance, managing director of executive search firm Hays in China, which is hiring for a number of Chinese banks.

Banks and headhunters are trawling Chinese universities for talent and luring tech start-up executives with 50 percent pay raises and salaries of up to 1.2 million yuan ($175,000).

The blockchain is a ledger system that processes, stores and tracks digital information, from crypto-currencies to loan agreements. Because blockchain documents all changes and is hard to tamper with, financial firms and regulators see it as a potential way to make transactions more transparent, auditable and secure.

Banks including Ping An Bank and Bank of China have unveiled blockchain investments and projects, and around ten banks are looking to hire some 30 blockchain professionals, said Steven Shen, a senior manager at executive search firm Robert Walters in Shanghai.

Last year, multiple cases of fraud emerged in the archaic bills financing industry when it was found bills thought to have been kept in a safe were actually old newspapers, and the real documents had been used to raise margin financing.

According to business intelligence firm Kroll, 86 percent of companies surveyed in China reported fraud in 2016, four percentage points above the global average, and up 13 percent on 2015.

In October, the Ministry of Industry and Information Technology identified blockchain as a fraud-fighting tool and called on “every level of government” to encourage large firms to invest more in the technology.

“China is really interested in the blockchain,” said Brian Behlendorf, executive director of the Hyperledger Project, one of the biggest global blockchain projects, and a former technology adviser to the White House. “They’re looking at this as a leapfrog technology. Can you take a very backwards, very paper based market, and reinvent that using blockchain?”

Over the past year, financial conglomerate Ping An has built a core blockchain team of around 35 people at the group level to look at initiatives for asset registries, credit, payments and digital currencies, said Daniel Tu, group chief innovation officer at Ping An Insurance <601318.SS>. If the projects are successful, Ping An subsidiaries will also assign full-time blockchain experts, he added.

Ye Xiaofeng, founder of blockchain start-up ZerOne.IO said he was talking to two of China’s four biggest banks looking to use blockchain for monitoring bills of exchange and credit tracking.

This means people with the skills to lead these projects are in demand.

“The market isn’t lacking people who know how to design simple systems on the blockchain, rather people who have a broader understanding of how to put blockchain to use,” said Shen at Robert Walters, adding those individuals could command 50 percent pay rises when moving jobs.

A senior person with blockchain expertise and financial systems knowledge could expect a salary of between 600,000 yuan and 1.2 million yuan, he said, while a mid-level employee is paid 400,000-600,000 yuan.

Chinese banks are focused for now on hiring home-grown talent for language and cultural reasons, but increasing demand may force them to scout overseas, headhunters said.

About 80 percent of top global banks will have launched blockchain projects by next year, the World Economic Forum said in August, describing the technology as the future “beating heart” of the financial sector.

While China accounts for most of the global trading in the bitcoin crypto-currency, Chinese lenders lag Western rivals on blockchain adoption by up to 12 months, and are playing catch-up, industry insiders say.

“They’re still going through the hype cycle,” said Tim Swanson, a director at R3, which is now backed by 75 financial institutions.

To be sure, many blockchain projects globally are still in their infancy, but the complexity of Chinese bank legacy systems could make it even tougher to apply the technology successfully, said Zennon Kapron, founder of market research firm Kapronasia.

“It’s all nice you have a blockchain solution, but being able to integrate that back into your existing systems in a sensible way is where a lot of these organizations will be challenged.”

Chinese banks are using blockchain to fight fraud was last modified: January 27th, 2017 by Arinze Ago

The Battle In The Baby Lotion Market...