Chinese Billionaire Falls To His Death During Business Trip 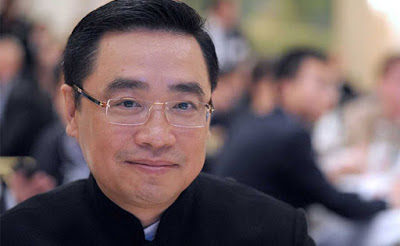 A Chinese billionaire has fallen to his death in France during a business trip.

Wang Jian, co-chairman and co-founder of HNA Group, passed away on July 3 after a serious injury caused by a fall, a spokesman said today.

HNA said Wang, 57, suffered a fall in Provence and received medical treatment but did not recover.

“HNA Group extends deepest condolences to Mr Wang’s family and many friends,” HNA’s board and management team said in a statement.

“Together, we mourn the loss of an exceptionally gifted leader and role model, whose vision and values will continue to be a beacon for all who had the good fortune to know him, as
well as for the many others whose lives he touched through his work and philanthropy.”

Chinese Billionaire Falls To His Death During Business Trip was last modified: July 5th, 2018 by Reporter