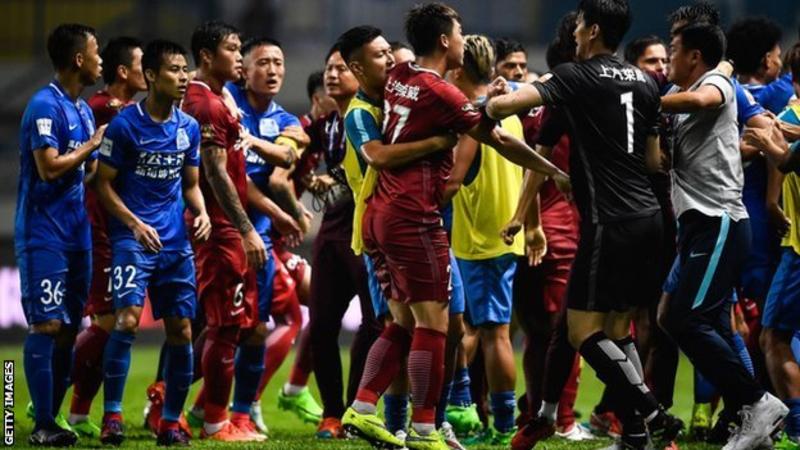 Former Chelsea midfielder Oscar has been banned for eight games after sparking a mass brawl while playing for Shanghai SIPG in the Chinese Super League.

Oscar, 25, appeared to kick the ball straight at two players from opponents Guangzhou R&F during Sunday’s match, which ended in a 1-1 draw.

He was pushed to the ground before players from both sides fought.

The incident came in first-half injury time, and Shanghai’s Fu Huan and Guangzhou’s Li Zixiang were sent off for their part in the brawl, but Oscar was not booked.

Fu and Li have received six and five-game bans respectively from the Chinese Football Association, while Guangzhou’s Chen Zhizhao, who pushed the slim skillful star to the floor, has been banned for seven league games.

“Disrespect the opponent? It is not true. I am a very dedicated player and respect sportsmanship,” he was quoted as saying on the Sina Sports website.

Shanghai are second in the Chinese Super League after 13 of their 30 matches.