‘Chioma Akpotha Should Think Like A Mother’, Tony One Week Defends Gideon Okeke 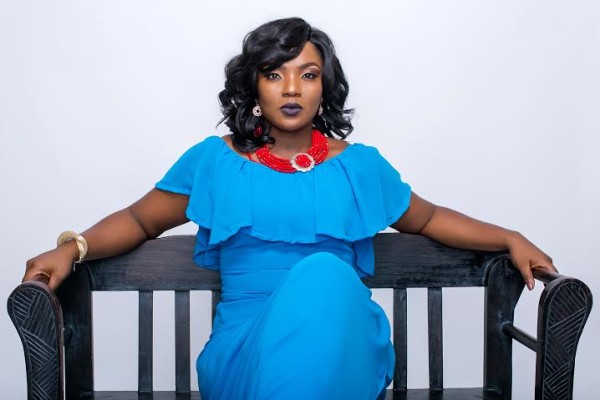 Veteran comedian and singer, Tony One Week has shown support for Gideon Okeke after he openly criticized  Chiwetalu Agu‘s vulgarity in movies. Gideon had said that Agu’s vulgarity is becoming too much and the National Film and Video Censors Board (NFVCB) has to do something about it.

He also attacks actress Chioma Akpotha who condemns Gideon for speaking out, saying Okeke lacks respect and morals, and it’s none of his business how Agu delivers his craft. Tony One Week has weighed in on the issue, saying “anyone who supports Chiwetalu Agu’s persistent use of vulgar language has little or no moral foundation”.

Like Chief Zebrudaya will say “Fafafaaaaa…. Fowl”. I read that Gideon condemned Chiwetalu Agu’s vulgarity in movies and actress Chioma rebuked Gideon. And I ask: For what? The young man simply stated the very obvious. Famous actor Chiwetalu Agu’s lines can be very irritating. Truth be told. The guy can talk nonsense. And overtime, his nonsense has moved from being funny to annoyingly irresponsible. It’s high time someone told him that he is no longer funny. How can u say a vulgar word or sentence and repeat it from the beginning to the end of the movie every time u appear? A movie ideally should have a positive message even as it entertains. What is educative about vulgar statements? Is the intention to corrupt or destroy? I support Gideon 100%. Agu should be more responsible abeg. Does he have children? D guy is a good actor but in recent times too unnecessarily vulgar bro. Can I forget “Igwe ejee nga”?. That’s vintage Ogwu in Taboo speaking clean but very apt and entertaining. What he says these days are almost demonic. The worst is the repetition. Must every uselessly vulgar line be repeated like three four times in a scene and then in all the scenes he appears in a movie. Haba. I blame producers for d repetition. Most of our movies these days are scriptless. No script. No story. That’s why every actor says what he likes in d name of comedy. And to think they believe they are making us happy when they actually make us angry most times? Honestly, anyone who supports Chiwetalu Agu’s persistent use of vulgar language has little or no moral foundation. Who is talking about censorship here? Are movies censored in Nigeria? How do they regulate who buys the DVDs meant for adults when children sell them? Common… everybody watches everything jare. ‘Nwoke na akoghelizi akogheli’ (meaning Chiwetalu Agu talks anyhow) and it ain’t funny any more than it’s destructive.

Our movie producers must upgrade to using proper solid stories to sell movies and not vulgar repetitive sentences. Up Gideon. Down Chioma. I respect Chioma’s person and I am shocked that a mother like her will condemn Gideon for condemning the unguarded immorality being unleashed on society by Chiwetalu Agu. #Moralityiskey

‘Chioma Akpotha Should Think Like A Mother’, Tony One Week Defends Gideon Okeke was last modified: January 15th, 2017 by Reporter