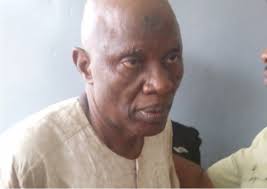 Christian Nwosu, an ex-Administrative Secretary of the Independent National Electoral Commission (INEC), has been sentenced for accepting bribe allegedly offered by former petroleum minister Diezani Alison-Madueke, to compromise the 2015 elections.

The Federal High Court in Lagos today convicted Nwosu after he was found guilty of benefiting from a sum of $115.01 million Alison-Madueke gave.

Nwosu served in Kwara State. Justice Mohammed Idris found him guilty. “I find that the prosecution has proved the case beyond reasonable doubt in the manner required by law. I, therefore, find the first and second defendants guilty as charged,” the judge said.

The Economic and Financial Crimes Commission (EFCC) re-arraigned Nwosu along with Tijani Bashir for accepting gratification from Alison-Madueke, who has fled to UK.