Home Religion Why All Christians Must Continue To Pay Tithes
Religion

Why All Christians Must Continue To Pay Tithes 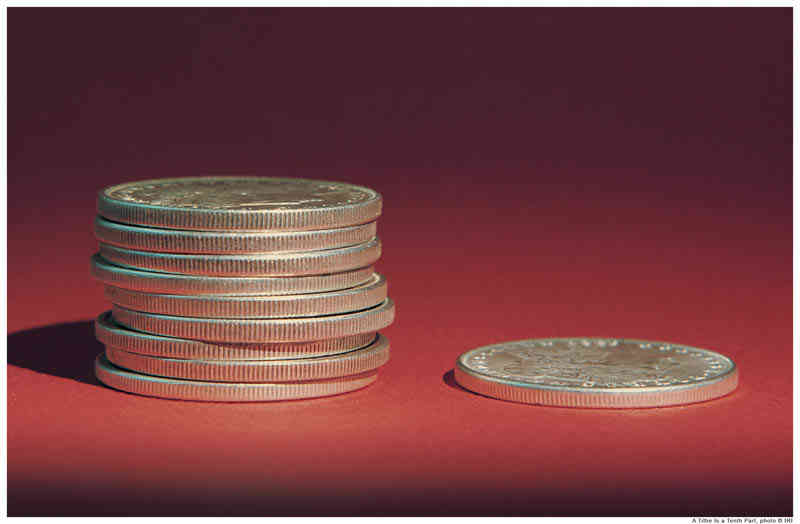 Prelate Of The Methodist Church Of Nigeria, KANU UCHE

The debate over whether Christians should continue to pay Tithes or not has been raging for quite sometime. Last year, the issue trended with different men of God taking  different positions. Many men of God continued to advocate the payment of Tithes, while a few were of a different view.

A few months back, City People spoke with the Prelate of the  Methodist Church of Nigeria and he was quite clear about his stand and that of the Methodist Church. “All Christians must pay tithe”, he said matter-of-factly.

The Prelate of the Methodist Church has asked all Christians to continue paying their Tithes. “In the Methodist Church, we tell people to pay their Tithes. It is biblical. It is in Malacai 3 vs9 and 10. And the Bible says when you don’t pay titles you are robbing God. But we don’t ask people to give us their pay bill or certificate of payment so that we can deduct your tithe. No. We leave you with God. But in the Methodist Church, we believe in Tithing. We believe in generous offering to God. All these things were prescribed by the Word of God. So there is no controversy over payment of Tithes and giving offerings within the Methodist Church. We don’t compel people. We allow them to do according to their conscience. And I want to tell you that Methodist people are responding. Most people are paying the accurate Tithes. But like I told you before, there are those who will not obey God, completely. Some people still draw a limit, to say God, beyond this line, don’t cross over. But real Christians live their lives and tell God control me. But some people say No. I can’t go beyond this”.

“And it is common in every church whether Pentecostal or Orthodox or Evangelical. There are people who don’t want to go the extra mile. They give God a limit. That is left for them. I don’t want to judge them but God will judge everything at the end of the day”.

For those, who don’t understand the debate let’s quickly tell you about Tithes, which is giving a portion of one’s salary or profit to church. Donation of a tenth portion, or tithe, was common apparently because most peoples counted in tens, based on ten fingers. Tithing first appeared in the Bible when Abraham gave one-tenth of the spoils of war to Melchizedek, the priest-king of Salem ( Gen 14:18-20 ).

The writer of Hebrews presumed that tithes were paid to a higher authority and inferred that there was a greater priesthood than Aaron’s ( Hebrews 7:4 Hebrews 7:9 ). Tithing as a tribute to God appeared later in Genesis when Jacob promised to give a tenth to God if he returned home safely ( 28:22 ). But these tithes were spontaneous and no details were given. The Book of Exodus required giving only firstfruits ( Exodus 23:16 Exodus 23:19 ; 34:26 ) and is not clear whether the tithe later specified the percent of the total to be given as firstfruits or was a separate gift. Sometimes firstfruits and tithing appear to be identical (Deut 26:1-14 ), other times separate ( Neh 12:44 ). Tithes were awarded to the Levites for their priestly service because they would not receive land in Canaan ( Num 18:19-21). They, too, gave a tenth of what they received (v. 26).

If a person did not want to give what he produced, he could give 120 percent of its value ( Lev 27:31). For livestock, however, there could be no substitute. Animals passed single file under a rod dipped in coloring and every tenth one was marked. Selecting inferior animals was prohibited (vv. 32-33). Deuteronomy instructed households to bring their tithes to the sanctuary for a joyous sacrificial meal. If it was too far, the offerer was told that the goods could be sold locally and the money used near the sanctuary to buy “anything you wish” including oxen, sheep, wine, or strong drink ( Deut 14:22-26 ). Every third year tithes remained in the hometown and were given to the Levite, alien, orphan, and widow (vv. 28-29). The offerer had to “say before the Lord” that the tithe had been properly given ( 26:13-14 ).Thus tithing taught the people to “revere the Lord” always (14:23 ), and supported the poor and the priests. Samuel later warned Israel that an earthly king (whom they desired against God’s wishes) would require a tenth to sustain his rule (1 Samuel 8:15 1 Samuel 8:17 ).

The difference between instructions in Deuteronomy and Numbers led some rabbis to believe that there were 2 tithes each year, one for the Levite and one to be eaten before the Lord. Yet it is unlikely that the text would institute a second tithe the way it does, without introduction or clarification. Some also believed that the triennial tithe was additional, making a total of three tithes. But it is unlikely that the offerer would have to affirm that such tithe was given properly, while saying nothing of the first, or primary tithe.

It is possible that there was only one tithe and that the differences in descriptions were owing to changing circumstances. Numbers was written during the period of wandering, instructs the people to give their tithes to the Levites. Deuteronomy was written as Israel entered the land and began a more settled existence and it required that tithes be eaten in the sanctuary (where the remaining portion was no doubt left). It seems every third year the tithe was given to the poor.

Tithing indicated Israel’s devotion to God, and the people did not always give as they should. Withholding tithes and offerings was regarded as robbing God, but great prosperity was promised if they would obey ( Mal 3:8-12 ). When the people forsook worship of Yahweh their tithes went to idols ( Amos 4:4 ). Hezekiah oversaw a restoration of obedience to God during which so much was given in tithes and offerings that rooms had to be prepared in the house of the Lord ( 2 Chron 31:10-11 ). Upon return from captivity Nehemiah led another restoration and made sure tithes and offerings were collected, ( Neh 12:44 ) so the Levites would not have to work in the fields (13:10 ).

Jesus refocused attention on inward attitudes. He criticised some, who went so far as to tithe tiny grains of spicenot because they tithed, but because they neglected the weightier matters of the law ( Matt 23:23 ). He regarded stewardship of finances as an indication of trustworthiness with spiritual things (Luke 16:11 ), which were more important ( Matt 6:19-20 ).

Paul’s vocabulary and teaching suggest that Giving is voluntary and that there is no set percentage. Following the example of Christ, who gave even his life (2 Cor 8:9 ), we should cheerfully give as much as we have decided ( 2 Cor 9:7 ) based on how much the Lord has prospered us ( 1 Cor 16:2 ), knowing that we reap in proportion to what we sow ( 2 Cor 9:6 ) and that we will ultimately give account for our deeds ( Rom 14:12 ).

Why All Christians Must Continue To Pay Tithes was last modified: April 29th, 2018 by Reporter

How I Rose To The Top @ Foursquare Church

22 Witchcraft Dreams You Must Deal With...