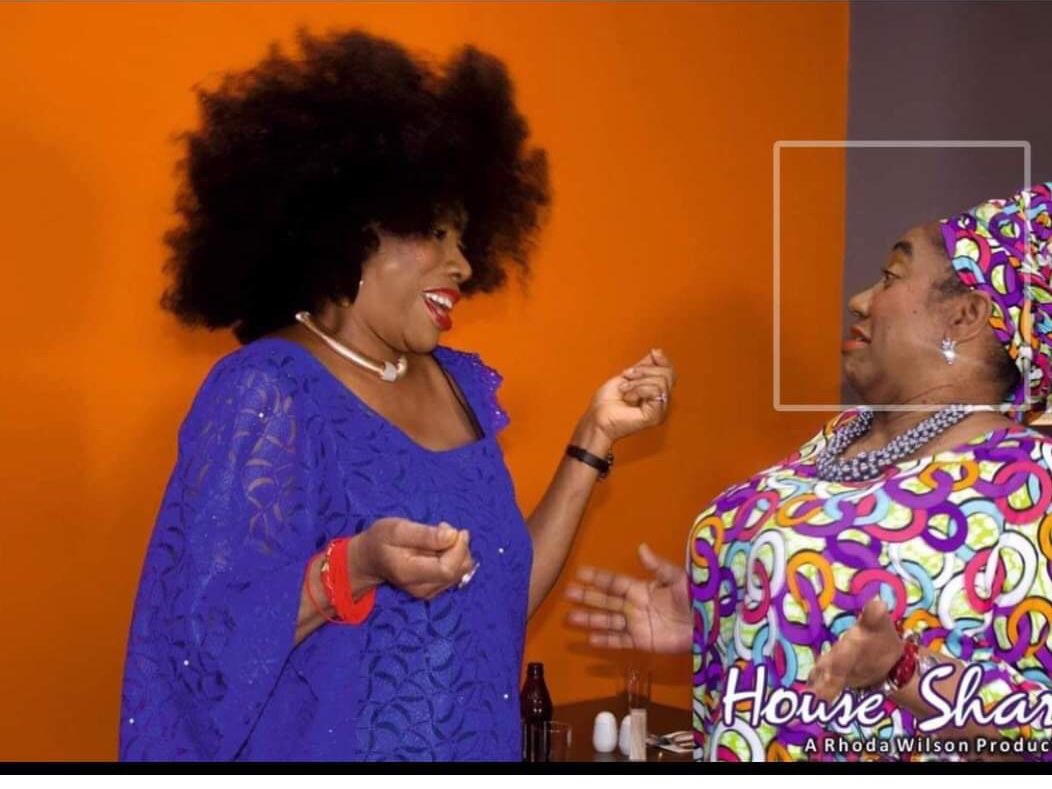 Ola Akanni is one of the great Theatre practitioners in the UK. A few days back she told Citypeople her success story.

“I am a Nollywood actor based in London.I am an English Chef, after so many different occupations,because i am so passionate about food and i love playing with ingredients.

How easy has it been?
“Well, there are so many challenges, I mustn’t lie, coming to England with so many people not knowing my background and what acting I did in Nigeria.
But Funke Akindele came to London for Jenifa’s diary , recognised me at her premiere because we were both in the movie series
‘I need to know’ together in Nigeria and gave me a role in Jenifa’s diary in London.
I also dabbled into styling and costuming because of my passion for fashion and I have styled and costume in so many movies here in London.
Every year, Rhoda Wilson does Christmas 🎄 movie and for about 5 years now I have costumed and styled for her.

I attended Our Lady of Lord’s primary school, i went to Government Girls Secondary School, Kaduna which enabled me to speak fluent Hausa I went to Kaduna Polytechnic ,and finished my education in London, at Emilie Woolf College of Accountancy.

How did her career start?
“I started my screen career as a 9 year old going to do cultural dances where I was discovered by The late Gloria Aina.
At 16, I was on the same round table with Kudodi Ereseke and Dele Okuboyejo discussing about Apartheid. I acted alongside Jake Ayena and Paul Obazele in the series,After The Storm.I acted alongside Remi Abiola,May God rest her soul,Madam kofo and late Sam loco (God rest his soul) in Winds of Destiny directed by late Sadiq Daba (God rest his soul).
I was in Gbagada doing one of Charlie boy’s series directed by Earnest.I did a pilot with Stella Damascus and my favourite was the series, I Need To Know by United Nations, produced by Swift Studios and Loyd Weaver and it was shown weekly on I T V amongst few home movies that I did before moving to London.”

How The British Programmed NIGERIA To Fail...