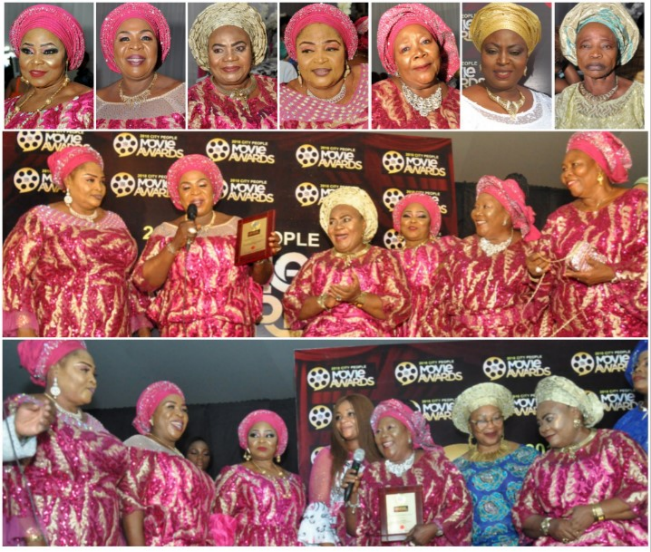 Are you a regular watcher of Yoruba movies? Are you conversant with Yoruba movies? If you are, you must have noticed some of the Yoruba movie matriarchs who have dominated that sector for over 20 years.

Last week, City People celebrated them at its 2018 City People Movie Awards. One of them is Iya Ereko. Although she is over 80, there is no slowing down for her. She still features in many Yoruba movies and she’s not tired of moving from one location to the other.

Iya Awero is another Yoruba movie matriarch. Though her real name is Lanre Hassan, everyone calls her Iya Awero from her days at Awada Kerikeri Organisation (AKO).

There are also others like Fausat Balogun, popularly known as Madam Saje. She features in many Yoruba movies.

Yetunde Wunmi is yet another matriarch. She has been acting for a long time. Lola Idije is another Yoruba movie matriarch. The pretty veteran actress will be 60 next year.

Madam Kofo is another Yoruba movie matriarch. She is well known for her dramatic geles.

Iya Ray is another veteran actress. She is the mother of many successful actors. Her real name is Mrs. Olajumoke Ray Ejiwunmi.

Dupe Jaiyesinmi belongs to this group. The Ibadan based actress is good at what she does. She is still very active, just like Joke Muyiwa, the veteran actress who also lectures at the Department of Performing Arts,  Olabisi Onabanjo University.

Binta Ayo Mogaji-Oduleye is another Yoruba movie matriarch. She lives in Ibadan. She has been acting for decades.

Ngozi Nwosu is also another veteran actress. She has been in Nollywood for over 3 decades.

Jumoke George is a valued member of this group. She is a damn good actress. She features in many Yoruba movies.

There is also Toyin Adegbola popularly known Asewo To Re Mecca. She is been at it for a while.