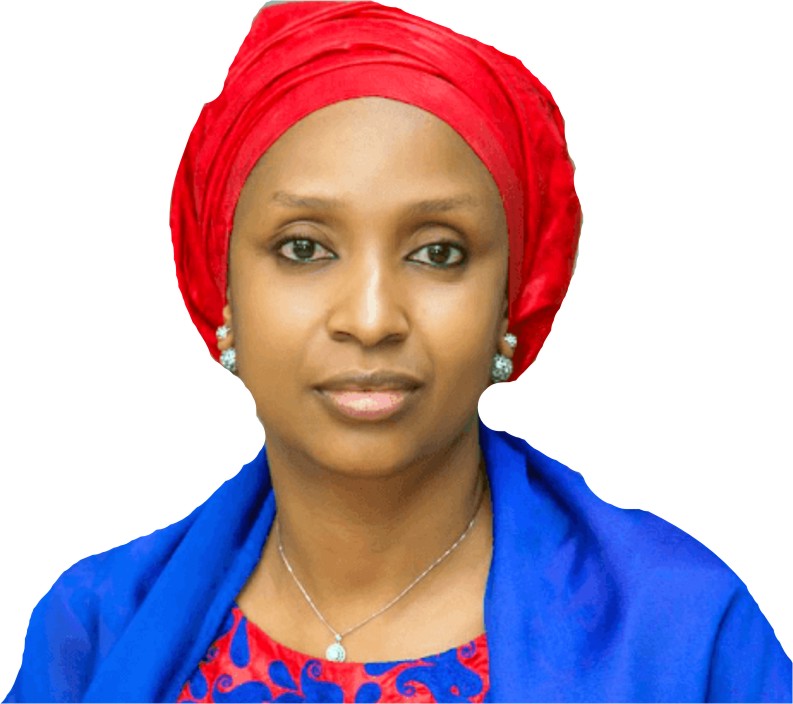 Talk about one influential lady under the Buhari administration and her name will pop up. Hadiza Bala Usman is the no-nonsense and highly disciplined MD of Nigerian Ports Authority. She came in 2016 to turn around the way NPA is run. Before then she has been in the news for her various activities. Since 2014, she has been one of the co-founders of the Bring Back Our Girls campaign and is also a founding member of the ruling All Progressives Congress. She worked closely with Gov. Nasir El-Rufai as Chief of Staff.

Let’s tell you more about her.

Hadiza Bala Usman was born on January 2, 1976 in Zaria to a Fulani ruling class family of the Sullubawa clan. Her father, Yusufu Bala Usman, was a prominent academic and historian. He later founded the Centre for Democratic Development, Research and Training in Zaria. Her maternal great grandfather, Abdullahi Bayero, was the 10th Emir of Kano from 1926 to 1953.

Hadiza grew up on the campus of Ahmadu Bello University in Zaria, where her father worked. She started her education at the university staff primary school and went ahead to complete her secondary education. In 1996, she enrolled at the university and received a bachelor’s degree in business administration in 2000. She later received a masters degree in development studies from the University of Leeds in 2009.

In 1999, she spent a year at the Centre for Democratic Development and Research Training in Zaria as a research assistant.  She then worked at the Bureau of Public Enterprises from July 2000 to August 2004 as an enterprise officer. From October 2004 to January 2008, she was then hired by the UNDP for the Federal Capital Territory Administration as a special assistant to the Minister on project implementation.

In 2011, Hadiza campaigned and lost for the federal constituency of Musawa /Matazu as a candidate of the Congress for Progressive Change. She then joined the Good Governance Group in Nigeria, a non-governmental organisation, as the country director of strategy from 2011 to July 2015.

In 2014, following the Chibok schoolgirls kidnapping by Boko Haram, Hadiza Bala Usman noticed that the Jonathan administration was not prioritizing the kidnapping, she then co-founded the Bring Back Our Girls campaign group to advocate the rescue of the abducted schoolgirls. She chose the colour red for the campaign because it is a sign of “alarm, danger, a warning.” Hadiza Bala Usman has also helped coordinate meetings with the parents of the kidnapped girls and members of the Nigerian government. She has continued to protest with the group into 2016.

In 2015, following his election, Governor Nasir Ahmad El-Rufai appointed her as Chief of Staff to the

Governor of Kaduna State. She was appointed as the Managing Director of Nigerian Ports Authority (NPA) in July 2016 by President Muhammadu Buhari. Her appointment generated a lot of controversies as many saw her nomination as ethnically based and questioned her qualification for the specific role.

Hadiza Bala Usman was married to an economic analyst Tanimu Yakubu Kurfi who served under the former (Late) President Umaru Musa Yar’Adua as Economic Adviser and together they have two boy.

She is one of the eminent Nigerians to be honoured at the forthcoming City People Awards for Excellence on Saturday, March 29, 2020.

Meet The Man Who Manages Disasters In Lagos – The Story Of LASEMA Boss, Dr FEMI OKE-OSANYINTOLU

How Ex-OYO Gov. AJIMOBI Made Me Greet...