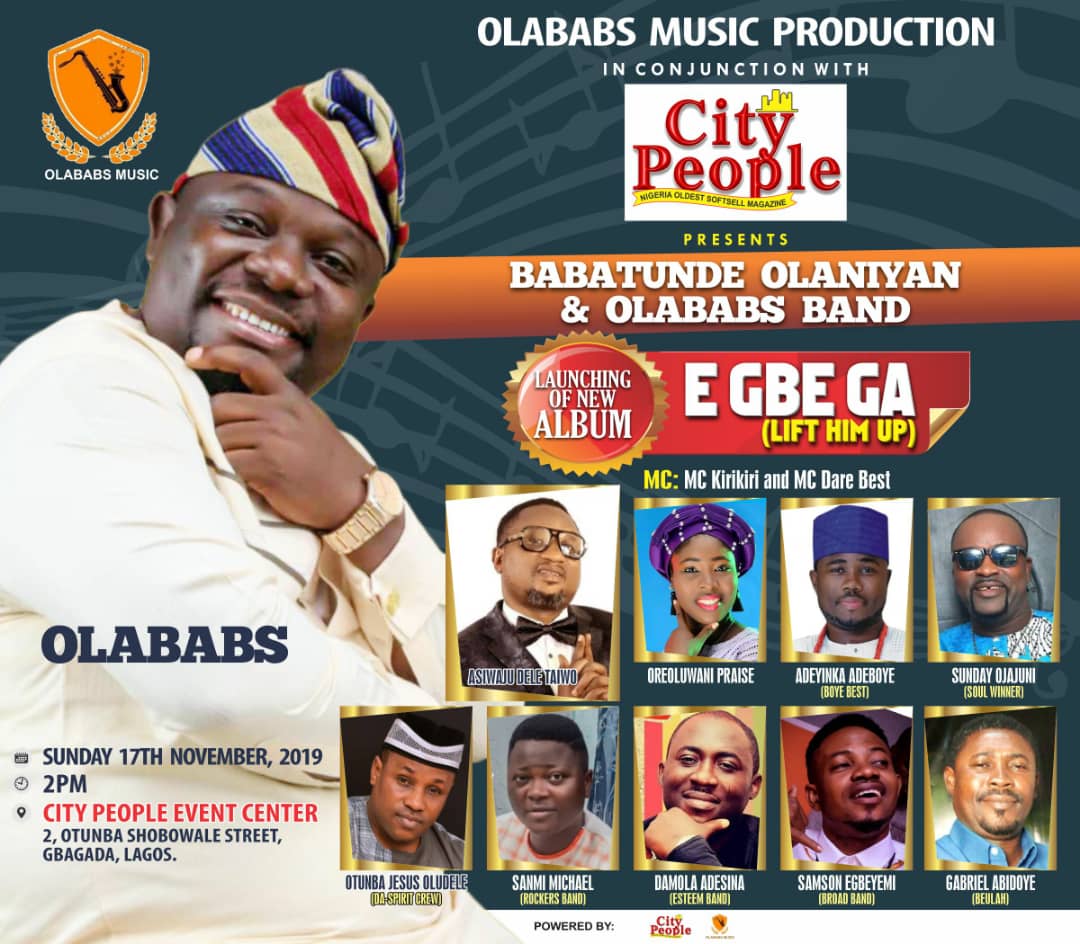 Sunday, November 17, 2019 promises to be an evening of maximum entertainment as City People Entertainment will be hosting a couple of top Juju/Gospel acts at the album launch of one of Naija’s topmost Juju Gospel Musician, Babatunde Olaniyan, a.k.a Olababs.

Titled (E Gbe Ga) which is translated to mean lift him up in English, the album is majorly a thanksgiving series with several melodious songs to appreciate God and it also includes some melodious danceable tunes especially for this yuletide season.

Other artistes expected to rock the show are Gabriel Abidoye (Beulah), Damola Adesina and his Esteem Band, Samson Egbeyemi and his Broad band, Sanmi Michael and his Rockers Band and Otunba Jesus Oludele and his Da Spirit Crew.

Mc Kirikiri and Dare Best will anchor the show while the Olababs Band led by Babatunde Olaniyan himself will serenade the crowd with additional cool Juju tunes.