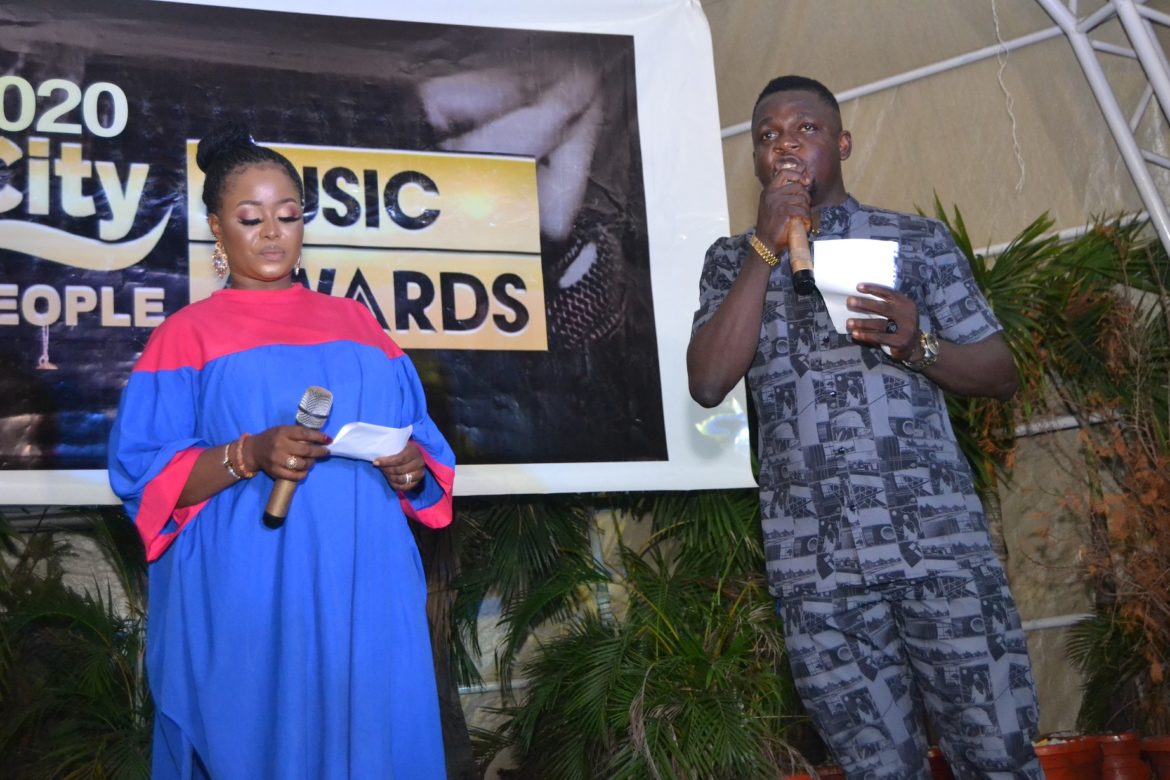 The 2020 Citypeople awards come with glitz and glamour like never before as the prestigious sidewalks was filled to the brim. The event which took place on Sunday, 06 December 2020 had so many A-list from old school to new school artist in attendant. It was anchored by to big stars in the entertainment industy, Mc Pluto and Damilola Banire

This edition of award appreciated the icons who have contributed immensely to the music industry.

The Awesome band was the first to launch the state with awesome performance. This was followed by stellar performance by Tolu Obey, the illustrious and talented son of Chief Commander Ebenezer Obey. He took the stage by storm and thrill the guest excellently.

Veteran gospel singer, Dunni Olanrewaju a.k.a Opelope Anointing came with a huge crowd of supporters, who came to felicitate with her as she bags special recognition awards.

Veteran singer, Charlyboy was ably represented by her manager, as she collects recognition awards on his behalf.

Modern music frontline manager and media mogul, Kenni Ogungbe was also live at the event, and took time to present awards to Terry Apala, Aboki and Bemidele Adams, who clinched awards at the event.

Fast rising comedian MC Always thrilled the guest with exclusive jokes and kept them glued to their seats.

Adesope Edun, a powerful real estate player and the director of Alumni, Grace Schools was also live at the event.