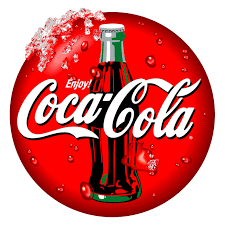 Global beverage giant, Coca-Cola has continued to appoint Nigerians into its key and strategic leadership roles in Africa. The multinational company has just announced Alfred Olajide as its new Vice President and Managing Director of Coca-Cola Nigeria Limited.

Alfred Olajide brings several years of experience to bear in his new role, nine of which were at Coca-Cola having served in different capacities across the African Continent including Franchise Director for Cluster Markets in the Southern and Eastern Africa Region, Director of Revenue Growth Management in the East and Central Africa Region, and Strategy Head for Nigeria Franchise.

Announcing the change in structure, Company Chairman and CEO James Quincey, noted that the changes in the company’s operating model will shift marketing to drive more growth and “put execution closer to customers and consumers while prioritizing a portfolio of strong brands”.

Speaking about his new role, Alfred said; “These are very exciting times for the global Coca-Cola business, and I look forward to contributing my own quota to a business I love so much, especially at such an interesting time as this. Nigeria is a huge market, and I am optimistic about the growth we can achieve together with our bottling partners”.

Before joining Coca Cola Company, she has served as the Chief Communications & Public Affairs Officer for GE Africa – a position she was initially appointed to in April 2012.

“In 2016, Patricia established the ‘GE Lagos Garage,’ a hub for advanced manufacturing skills development that has produced over 250 graduates in Nigeria to date (June 2018). She is the founding co-hub leader of the GE Women’s Network for Sub-Saharan Africa.”

She has also served as a Head, External Relations, Nigeria and Corporate Communication Leader, Sub-Saharan Africa at Procter & Gamble (P&G) and also Arts and Sponsorship Manager for the British Council in Nigeria.