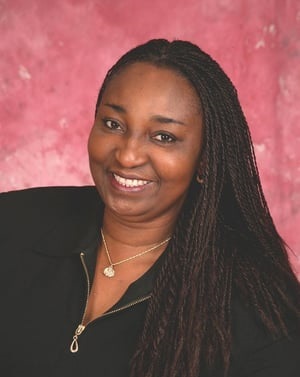 One of the pioneers of the Nigerian film industry, Ene Oloja, who became a household name in the 1980’s and 90’s for her compelling acts on the screen and stage and was famous for her appearance in the now rested soap opera, ‘Cock Crow at Dawn’ has been cast in her first Nollywood movie ‘Zero Hour.’ Speaking  on the set of ‘Zero Hour’, she said she is happy to be home making her first Nollywood movie comeback after the ‘Cock Crow At Down.’

The mother of one who played the role of Hauwa in the flick, according to her, clarified that she acted as the mother of the lead actor, and she believes the Nigerian movie industry has come of age.

“I think we‘ve made tremendous achievements. I believe we have really advanced. Working with Mr. Peters, he is a very professional practitioner and Mr. Rogers Ofime too.

They sent me their works to see if I would want to participate and I said sure, because I have never done anything in Nollywood since it became what it is today. “I think our profession and our industry has really grown by leaps and bounds, but I would love to see us tackle some certain content and issues in our society that would be beneficial to the average viewer. “Fred Amata have contacted me some years back but I did not see his invitation at all until after over a year and of course, by then, it was too late.

Technically, Mr Roger is the second person to have contacted me to come and do a Nollywood movie. This would be my first Nollywood movie because I missed my friend Fred Amata who you know has a son, Zack Amata who we were in school together at a time.

So technically this is my first Nollywood movie.” She explained adding that the filmmakers found her on the Internet and ask, “if I could be a part of this and I say why not.” The movie icon said her fans that have been following her on social media have clamoured for her return and she believes this would go along way in bringing her fully back to the industry. “Many of my fans found me on the Internet and clamoured for my return to the screen and am like okay, do you have a script for me?

So it’s good to come back home to do a movie. It doesn’t matter whether it’s a northern, southern, eastern, middle belt movie or movie in the moon, we as Nigerian have to stop thinking around those line, we are all one, and until we love and take care of each other, we can never move ahead. “As long as I am a Nigerian, as long as you know that the work I’m doing will enhance what you are doing am fine with it, as long as the script is good and is the kind of content I would like to participate.”

We can use our craft to touch lives, one of the reasons I don’t watch much Nollywood movies is because I don’t want to allow certain things in my psychic like the juju, ogboni, rituals, kidnappings and so on, I don’t want these things in my psychic. Cock Crow at Dawn was successful because it even helps people sort out their everyday lives, people look at Zamaya and say, ooh I would like to behave like him, very simple things we can do to touch people’s lives and give people a road map as to how to make their lives better.”

There are so much wrong in our country today. I would like to see content that deals with domestic violence both for men and women, content that deal with family issues, mental health issues as a result of drug addiction. And finally, family dynamics, we need to treat these things instead of sweeping things and putting them under the rug, I want us to be able to bring them out and address so that we can address professionals and help people to deal with it.” She also stressed that ‘there is an epidemic of drug abuse in this country and the whole world.

A lot of families are suffering either because their kids are on drugs, while they are suppose to be in school, but they are not, all kinds of things are going on. We need to address these issues and help give solutions and road maps that can involve social workers, professionals in mental health and indifferent fields, especially when you are writing scripts, so that we can provide solution and proffer solution that when you watch a movie or a series, you see how a particular family, for instance, dealt with a particular issue.

We need to be able to do things like that and make things concrete that will help people shape the psychic of our community. It very important that we take care of the content we are putting out there now.

She further advice film makers to work on their content and love what they as the craft is not easy because whatever is dished out affects somebody positively or negatively.