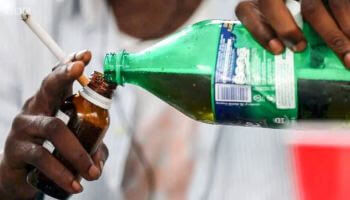 The Lagos State Government on Friday said comprehensive plans are currently being put together to generally address the prevalence of drug abuse under the mental health policy in the state.

It said a law to that effect has already been updated. The Federal Government had on Tuesday directed the National Agency for Food, Drug Administration and Control to stop further issuance of permits for the importation of codeine as active pharmaceutical ingredient for the preparation of cough syrup in response to the gross abuse of the substance in the country.

Speaking on Friday in Lagos at an event to mark the third anniversary of Governor Akinwunmi Ambode’s administration, Commissioner for Health, Dr. Jide Idris, said before and after the ban was announced, the state government had been engaging with key stakeholders, adding that it was important for serious attention to be concentrated on mental health issue and affiliated matters.

He said, “On the issue of codeine, I must tell you that the Drug Control Unit in the ministry is very active. We are also operating in conjunction with NAFDAC.

“The ban principally is a NAFDAC initiative but as a state government, we did not wait; we are more proactive and ever since this issue came to light, the ministry has been engaging and very soon, we will come out with a more comprehensive programme.

“In line with this, we have updated our own mental health law as against what is happening at the federal level; we have a mental health policy and we are currently now implementing our mental health programme to cover all tiers – primary, secondary and tertiary health care systems.”

Speaking on activities of the state government in health sector in the last one year, Idris said it was gratifying to disclose that the Lagos State University Teaching Hospital successfully performed its first open-heart surgery on a 32-year-old patient solely by indigenous cardiac surgery team, as well as fourth successful cochlear implant and kidney transplant surgeries.

He also said LASUTH in conjunction with Rotary International and Alliance for Smile successfully carried out surgeries for six patients with cleft lip palate deformity.