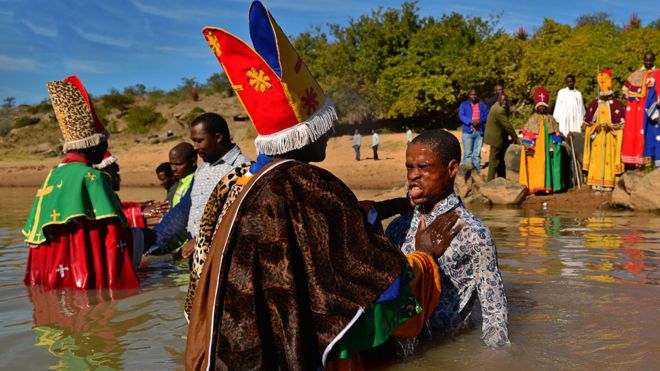 There was panic at a river recently after a Pastor of Shalom, a charismatic Christian movement, reportedly got his church member drowned during baptism.

Tanzanian police have detained a pastor after two worshippers drowned while being baptized in a river near Rombo in the north of the country. The two victims were overwhelmed by the current of the River Ungwasi, a police spokesman has told the BBC.
It is not clear how the pastor and the other worshippers involved managed to survive, the BBC’s Odeo Sirari says.
They are members of a local church, Shalom, which is part of the charismatic Christian movement. Baptism in a river rather than in church is seen as a way of re-enacting the baptism of Jesus in the River Jordan.
The ceremony is a symbol of washing away sin and the start of a new life.
-BBC News
Commotion as Two Worshippers Drown While Being Baptized by Pastor was last modified: July 18th, 2017 by Arinze Ago