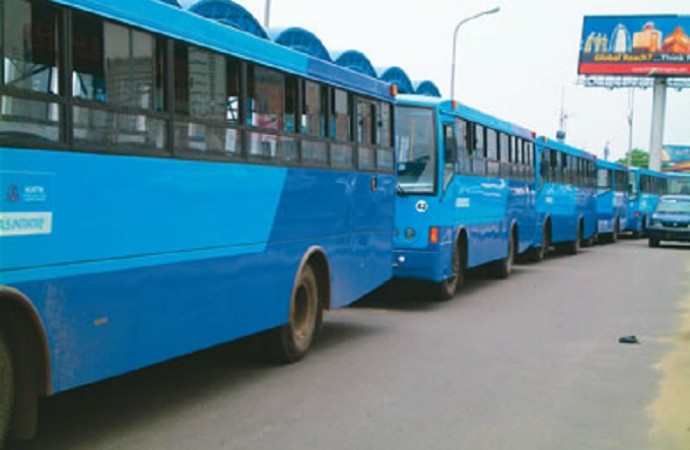 The Managing Director, Primero Transport Services Limited, Fola Tinubu, has give a fresh update on the planned increase of BRT fares in Lagos State even as commuters in the State have kicked against any increase in fares that may be proposed, saying it would subject them to more transportation hardship.

Although some of the passengers engaged by DAILY POST across the city said they were unaware of any proposed increment in the fare, they believed that such initiative if implemented would be massively rejected.

There were reports in the previous weeks that the operator of the Lagos State Bus Rapid Transit (BRT) scheme, Primero Transport Services, has announced plans to increase its fares on all routes in February.

The company’s Managing Director, Mr Fola Tinubu, was quoted to have said that the proposed increase was as a result of its increasing operational cost.

According to the reports, Tinubu had said that the company will introduce new fares which will take effect between the end of February and early March.

In their reactions, the commuters interviewed at various BRT terminals said the proposed increase in the BRT fares would be an act by the government to subject them to more stress, saying it would show that the government is insensitive to the plights of the citizens.

They said the decision to increase the fares would not be accepted unless it is forced upon them, noting that the government owned transport outfit would not be different from the commercial private bus operators who increase their fares at will not minding the plight of the commuters.

They said many people depend on the BRT buses to cut costs due to the level of poverty in the country.

At Oshodi BRT Terminal 3, a passenger going to Ikorodu, Mrs. Shiitu, a teacher at Command Day Secondary School said: “I board BRT bus on a daily basis because it is fast and cheap. It makes life easy for many of us living far from our working place. If the fares are increased as proposed, it will be another challenge for us. We appeal to the government not to increase the fares.”

“If we are in a hurry, instead of waiting for BRT and even preferring standing, that will not happen again. They (BRT operators) should think well before doing so.”

At Ikeja BRT terminal, Sunday Ogundiran, a regular customer of BRT urged the government to intervene quickly so as not to increase the hardship of the poor masses who depend on the BRT buses for transportation.

Another commuter, who simply identified herself as Mummy Nife lamented that it would not be fair to increase electricity tariff, transport fares and others just because workers’ salaries were increased.

“Government should think of alleviating the suffering of the people rather than adding to their burdens. This is another hardship coming up to people when electricity tariffs is increased and transport fares jump up.

“Why the increase in fares now? It is because of the minimum wage given to workers? People should not be stressed beyond normal again. There is hardship in the land already,” she said.

A passenger at Costain area of Lagos state, Mr Afolabi said the government should not allow such proposed increase in BRT fares to sail through in the interest of the masses.

Meanwhile, a ticketer at Oshodi Terminal 3, Temitope Salawu who spoke with DAILY POST said there was nothing like increase in the fares.

He said the company has never told those who are working at the terminals selling tickets to passengers that there is going to be any increase in the fares at any point.

He analysed that the current highest transport fares charged by the operator of BRT buses is N200, adding that the fare from Oshodi to Berger is as low as N150.

He also disclosed that Opay company which has just partnered with the operator currently charge as low as N100 to any destination from Oshodi Terminal on Tuesdays and Thursdays as a promo.

He further explained that the company charges N100 less of what the Primero charges on other days.

This was confirmed by the Opay workers selling tickets at the terminal.

Meanwhile, the Managing Director, Primero Transport Services Limited, Fola Tinubu, said the company has not taken any decision regarding increase in the BRT fares yet.

He told DAILY POST that the company could not increase transport fares without the approval of the regulating authority – the Lagos Metropolitan Area Transport Authority {LAMATA}.

He said: “We have not announced an increase in BRT fares. What I said in that interview was that I plan to approach our regulators to seek an increase. But, until the regulators give their approval, there is no increase in fares.”

He confirmed that Primero intends to approach LAMATA by the end of January for consultations on the matter, adding: “But, nobody can predict the outcome of that meeting. We will make an announcement once we finish the meeting.”

He added: “We don’t have control over the fares because we are are regulated by Lagos State government. The government is the only one that can make any change in the fares. The company or I cannot decide on our own to increase the price. I didn’t say we are increasing the transport fares yet. That is not what I said.”