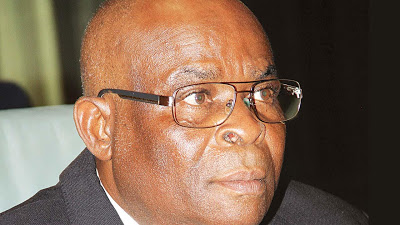 Senior Special Assistant to President Buhari on Media and Publicity, Femi Adesina  has assured that the controversies surrounding the confirmation of the acting Chief Justice of Nigeria, Walter Onnoghen, will be laid to laid to rest on or before February 10th. He said this during an interview with Channels TV.

Many Nigerians including the Ekiti state governor, Ayo Fayose, have spoken out against Onnoghen continuously serving in acting capacity. President Buhari swore him in in acting capacity on November 11th last year.

The constitution states that a CJN can serve in acting capacity for only just 3 months. Addressing the controversy, Adesina said

“It is within the law and I believe before the 10th, it will be sorted out. Him acting this long is not unprecedented. What people forget is Justice Idris Kutigi got into position after acting. It does not matter how long but there is a precedence that a CJN had acted and the law says a CJN can act for three months. It is not three months yet. If it is 10th February now and it is not done, then of course yes it becomes an issue”, he said.

Confirmation of the acting Chief Justice of Nigeria will be sorted before February 10th- Femi Adesina was last modified: February 8th, 2017 by Reporter