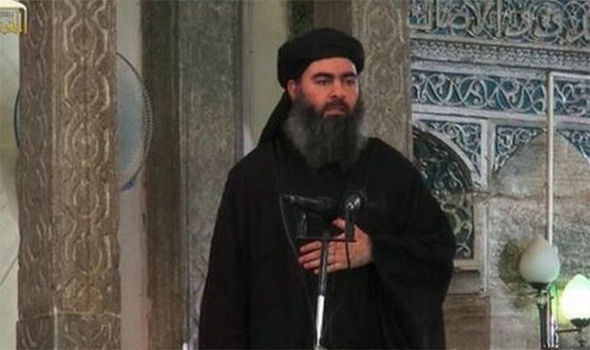 The Islamic State terrorist group (IS) has confirmed the death of its leader Abu Bakr al-Baghdadi, media reported Tuesday, citing an IS statement.

According to the Al Sumaria News broadcaster, Al-Baghdadi is dead and his successor will be named soon.

On June 16, the Russian Defence Ministry said Al-Baghdadi was likely eliminated as a result of a Russian Aerospace Forces strike on a militant command post in the southern suburb of the city of Raqqa in late May.

The ministry noted that it was in the process of confirming the information through various channels.

Al-Baghdadi appeared in the media for the first time in 2014 when he declared the creation of a caliphate in the Middle East.

Since then, media outlets reported the death of the IS leader several times, but the reports were never confirmed.

A report on NAN on June 23 quoted experts as saying that if Al-Baghdadi was confirmed dead, he would likely be succeeded by one of his top two lieutenants: Iyad Al-Obaidi and Ayad Al-Jumaili.

Both were army officers under late Iraqi dictator, Saddam Hussein.

Experts on Islamist groups said they see no clear successor but regard Al-Obaidi and Al-Jumaili as the leading contenders, though neither would be likely to assume Baghdadi’s title of “caliph” or overall commander of Muslims.

Armed groups fighting in the region and U.S. officials say they have no evidence he is dead and many regional officials are skeptical about the reports of his death.

Obaidi, who is in his 50s, has been serving as war minister.

Jumaili, who is in his late 40s, is head of the group’s Amniya security agency.

In April Iraqi state TV said Jumaili had been killed, but that was not confirmed.

Both joined the Sunni Salafist insurgency in Iraq in 2003, following the U.S.-led invasion which Saddam and empowered Iraq’s Shi’ite majority.

They have been Baghdadi’s top aides since airstrikes in 2016 killed his then deputy Abu Ali al-Anbari, his Chechen war minister Abu Al-Shishani and his Syrian chief propagandist, Abu Al-Adnani.

“Jumaili recognises Obaidi as his senior but there is no clear successor and, depending on conditions, it can be either of the two (who succeeds Baghdadi),” said Hisham Al-Hashimi, who advises several Middle East governments on IS affairs.

Baghdadi awarded himself the title of caliph, the chief Muslim civil and religious ruler, regarded as the successor of the Prophet Mohammad, in 2014.

Obaidi or Jumaili would be unlikely to become caliph because they lack religious standing and Islamic State has lost much of its territory.

“They don’t belong to the Prophet Mohammed’s lineage. The group has no longer ‘a land to rule’ or ‘Ardh al-Tamkeen’.

“And none is well versed in Islamic theology,” said Fadhel Ragheef, another Iraqi expert on the extremist group.

“A caliph has to have an Ardh al-Tamkeen, which he rules in accordance with Islamic law. Failing that, the successor will just be recognized as the emir,” said Hashimi.

Emir is Arabic for prince, and is a title that jihadists often use to describe their leaders.

By contrast, Baghdadi, born as Ibrahim Awad al-Samarrai’ in 1971, comes from a family of preachers and studied Islamic law in Baghdad.

The appointment of the new leader would require the approval of an eight-member shoura council, an advisory body to the caliph.