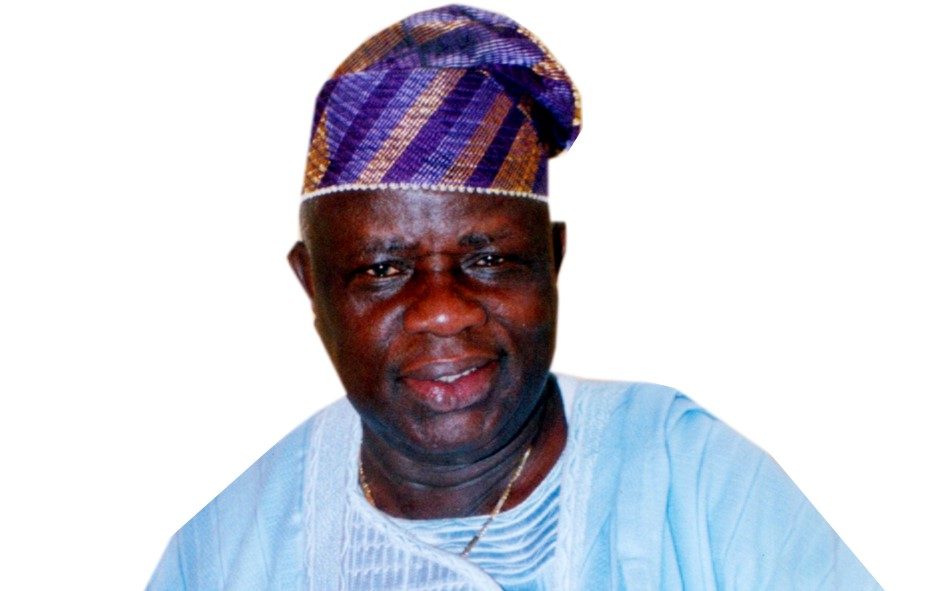 •City People Spends An Evening With Him

In the next few months, Lagos Construction guru, Otunba Festus Adeleke Adesina will be 80. But he does not look it. He does not look like an Octogenarian. He has maintained his refreshingly young look. He is still strong and fit. And he still spends time with his friends at Up Asso, a club he was President for 18 straight years.

Let’s tell you a little about this successful elder statesman who is now in full retirement. He only goes to work to while away time. As Chairman of a company he set up, he goes to relax in his expensive office. He calls his office, the Chairman’s Parlour.

Otunba Festus Adeleke Adesina was born on the 10th of December, 1939 in Ikenne-Remo, Ogun State of Nigeria into the Christian family of Chief Emmanuel Akintoye Adesina, the “Baba Ijo” of Our Saviours Anglican Church and Chief (Mrs.) Dorcas Adebanke Adesina (a.k.a. “Iya Alanu”) both of blessed memory. His paternal grandfather, late Chief Adesina Osinlaja, the grandson of Ladejobi Fidipotegboye of Moko Fame, Ikenne-Remo was closely connected to Agunsebi quarter, Ijebu-Ode and was the most popular Apena of Ikenne between 1936 to 1946 when he died peacefully. His maternal grandmother, Chief Elizabeth Tinouse Solesi, was the first “Iya Egbe Ijo” of St. Saviour’s Anglican Church, Ikenne, which was founded in 1898. His early education was in Ikenne, Ijebu-Ode St. Saviour’s Anglican Schools and at St. Jude’s School, Ebute-Metta, Lagos. It was during his time in Ebute-Metta that his career path was determined. He whiled away his time by watching Late Wilton Waddell (a.k.a. African European) because of his mode of dressing, constructing roads in and around Ebute- Metta, and indeed it would be said that Late Wilton Waddell was an early mentor as he persuaded the young man to attend Government Trade Centre, Yaba, the Yaba Technical Institute (now known as Yaba College of Technology) for his technical secondary education. He worked briefly with Lagos Town Council and LEOS before leaving for UK. Otunba Festus Adeleke Adesina left for the United Kingdom 1964, to continue his Advanced Technical Education at the Brixton School of Building, London (now known as South Bank University) with courses in Highway Engineering, Building and Architectural Technology. After a brief sojourn with Messrs Oscar Faber & Partners in London, his quest for further studies led him to the United States in March 1971, specifically the North-Western University in Washington D.C. where he pursued a Post Graduate course in Construction Project Management. He has attended several Management courses both abroad and locally such as Critical Part Analysis (CPA), Solution Management, Cost and Audit Management as related to the building industry. On return to Nigeria in 1968, he worked briefly as Project Officer with Group Consultants Nigeria and in 1972 after returning back to Nigeria from the USA, he joined Watkins Gray Woodgate Nigeria, a firm of Architects, as a Project Manager moving from ladder to ladder until he became the Managing Director of Interstate Architects Limited when the name of the firm was changed and incorporated in 1987. In the year 2000, he became the Chairman and Chief Executive after the retirement of the expatriate holder Arc. Peter Gilmore who left the country to settle abroad, but ‘still remains as Shareholder and Consultant to the Company.

The Worthy Role Model Award by the National Association of Building Students of Obafemi Awolowo University Chapter, Ile-Ife which named their Library in his honour in recognition of his outstanding contribution to the Built Environment and their life Patron. Meritorious Service Award as the Pioneer Chairman of his Unquantifiable Service towards the development of growth of the Ikenne Community Bank Limited.

READ ALSO: MY DARLING HUSBAND IS ONE IN A BILLION – SUSAN OYEMADE ON HER HUSBAND DEACON OYEMADE @ 80