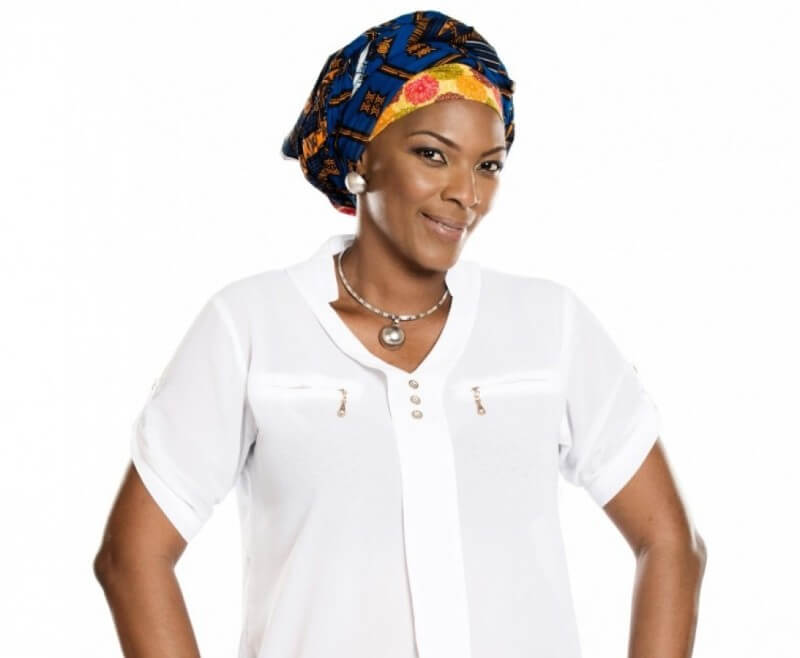 Tina Mba is a big name in the movie industry. Shes been in acting all her life without looking elsewhere. She is one of those who are quite passionate about what they do for a living and she is quite professional about it. She is infact one of the few thoroughbred actors in the industry who command tremendous respect. That is why City People will be honouring her this Sunday, 8th October at the 2017 City People Movie Awards in Lagos. Last week, this highly principled actor who does not suffer fools gladly spoke to City People Publisher, SEYE KEHINDE about her life and what makes her thick. Below are excerpts of the interview.

Tracking down Tina Mba could be a herculean task. This is because like most actresses, she’s always on the move. She could be anywhere at any point in time, shooting. She travels a lot, both within and outside the country to take part in the making of many cinema movies. She’s done stage drama, she has acted in regular movies and also in many soaps and she has done this for decades but she still manages to look angelic and ageless.

Tina is talented and good at what she does and that is why her name keeps popping up in the list of actresses that many producers usually call on to take part in their production and she hardly says No once the story line is good.

City People caught up with her two Thursdays back and she spoke about how she has been consumed totally by the passion she has for acting. How has the last 9 months been for Tina we probed? She smiles. “It has been hectic,” she explains.

“I have had to do a lot in the last few months. Its been really adventurous and eventful. I have done a couple of projects, both stage and film. One of them is Isoken. There is also In Line I just finished a project in the East called The 20 Pound Dream Now, I am on this one, called The Nigerian Prince. There was a stage production called Unstable That was 4 months ago.

And then, there was a project I did for Iroko TV”. How has she been juggling all of these, she was asked. She laughs again. “I have no option. I am committed to my career. This is what I do. It has to be this. And then, Commitment is key. And you are constantly praying to that you don’t lie fallow. You have to be careful not to burn out. So you should know how to shut down and run, even when it is very attractive. There are times I take time off and dodge for like 3 days.”

Though she has  been acting for a long time, she does not see herself as a veteran. “I have done this for 31 years,” she says. “31 good years”. When she looks back, how does she assess herself.? How does she see her evolution and her growth.

“Mine is my story,” she explains. “There is a joke between my friend, Justice Atigogo and I. He saw me one day and said Abe Igi don relevant. We started laughing. That is how we greet now. Abe Igi was a phenomenon. Then they came and took that away. Abe Igi was the meeting point then at the National Theatre. Thankfully, before that happened some of us had moved into Television.

It was a struggle. Some had to struggle with Radio, TV, while some are still struggling to keep the theatre on. In my own case it was almost like a natural transition. I stayed there and I was doing my thing. I had some friends who made fun of me that I was not doing core Nollywood at the time. I wasn’t bothered. I knew that Cinema will return. It was like a prediction because we had too many reasons why we had to come back. One is piracy and number 2 is foreign investor No 3 is people who want to try, and without sounding disrespectful, people who want some kind of authenticity and perhaps faces that they don’t see so much. Because Actors burn out. We do and you need to go refresh.

So its an evolution. Now stage comes once in a while. In the last 4 years maybe I have done 2, which is nothing at all. I say to myself I have done my part in the theatre. I will keep doing it. But it is time to do business. That is what I am doing now.

When you say its time to do business what does that mean?

So its an evolution. Now we have managers, now we have the endorsements coming. So people began to realise that their talents can pay their bills. Its a revolution that had to happen. We live a fictitious life on television. We are Nigerians. We are human beings going through the same thing others go through. We are going through the same economic crunch like every other person is going through. Instagram celebrities know what they want  and they are doing what they know. I have no problems with that but what I say to people is I am an actor. I keep it real. That is simple.

Over the years you’ve been through a lot of challenges in the industry. How were you able to stand all the pressures?

It’s still not easy. But I have just learnt to do what I have to do. First thing is to know who I am. I can’t compromise that. It’s what I want. And I can’t see another person. I am not into the band wagon effect. It doesn’t move me because I know where I am going. And I really know who I am. I have defined me. This is how I want to goo I will observe whats going on around me. I will learn from it. It doesn’t really matter whats going on around me.

But I do not necessarily have to be part of it because I know that somehow, some where, the path I have gone through some people will come after it and determine it is a way to go. People keep asking me: how do you do it? How have you come this far? You are still here, when some have come and gone. I say to them well its a choice. When it got tough I stayed. When it is getting better I am here. When it will be good and better, God willing, I will be here.

Forget that I am single, even people who are married have issues. God has blessed me with great children. I have 2 biological children and grand children. It is just the way it is. Get your mind right. Don’t let the pressure of society, or the pressure of somebody is driving a Range Rover, or aeroplane or somebody has a shop that is bigger than Eko Hotel, move you.

I HAVE BEEN CONSUMED TOTALLY BY ACTING – TINA MBA Reveals Her Staying Power was last modified: October 4th, 2017 by Reporter