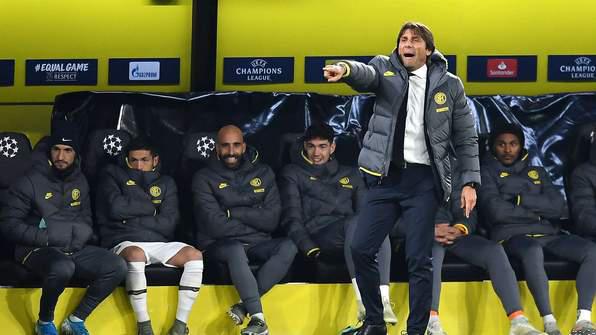 The Nerazzurri were leading 2-0 at half-time but conceded three times in 30 second-half minutes to leave their hopes of progression in the tournament hanging by a thread.

Conte unsurprisingly cut a frustrated figure post-match, but rather than criticise his side, the former Chelsea coach hit out at how the club has looked to navigate a busy campaign.

“Big mistakes were made in planning this season. I am fed up of saying it,” Conte told Sky Sport Italia post-match.

“I don’t care about January or February. We should’ve planned this season out much, much better. We proved that we can trouble anyone if we are on form, but there are players who have played non-stop. I am fed up of saying it. You can take your conclusions from a second-half like that.

“It’s not about the club, it’s that we have to work together and big mistakes were made. We cannot play in Serie A and the Champions League constantly pushed to the limits.”