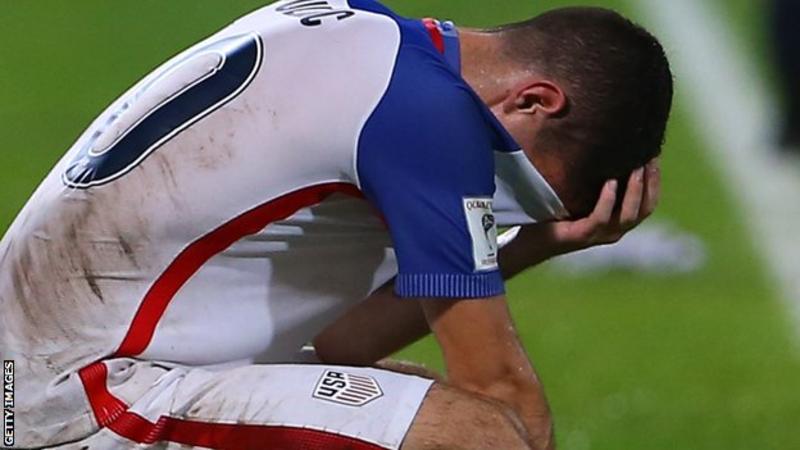 The United States of America USA failed to qualify for the World Cup for the first time since 1986 after losing to Trinidad & Tobago and a controversial goal for Panama.

The USA started the night in the third qualifying place but ended up fifth after losing 2-1.

Panama jumped up to third after an 88th-minute winner against Costa Rica to reach their first World Cup finals.

However, it was their opening goal that caused a debate with Gabriel Torres’ header not appearing to cross the line.

The 52nd-minute equaliser came from a corner with Torres’ effort hitting the post and as Blas Perez tried to force the ball over the line, Ticos defender Ronald Matarrita looked to have cleared it.

However, despite complaints from the visitors, referee Walter Lopez of Guatemala gave the goal.

Honduras beat already-qualified group winners Mexico to also leapfrog the US and secure the fourth spot in the table and a two-leg play-off against Australia.

The US beat Panama 4-0 just last Friday but, despite playing a Trinidad & Tobago side with just three points from nine games before kick-off, never looked close to securing a place in Russia.