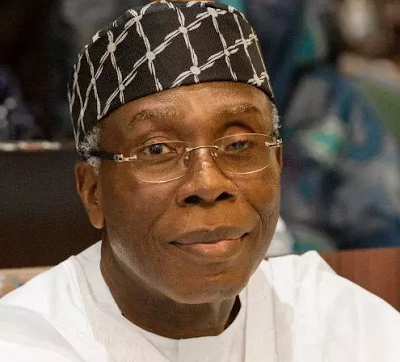 Minister of Agriculture, Audu Ogbeh, has blamed corrupt military officers stationed at various high ways who demand bribes from drivers of trucks carrying food stuffs from one part of the country to another, as one of the major reasons for the recent hike in food prices.

Ogbeh who said this when he appeared before the senate committee on Agriculture to demand the 2017 budget of his ministry, said the corrupt officrs mount various checkpoints on road just to extort these drivers who will hike their prices of transportation.

“One of the factors responsible for the high cost of food items is the daily unbearable extortions men of the Nigeria Police, their counterpart in the Army and Customs Service visit on truck drivers conveying farm produce from the hinterland to urban centres under the guise of carrying out security checks. These truck drivers based on raw lamentations made to the Ministry in recent time, alleged that at every check points, they are always forced to part with reasonable amount of money by any group of the security agencies, which they said, made farmers to have no option than to factor cost of the extortion into prices of the food items”.